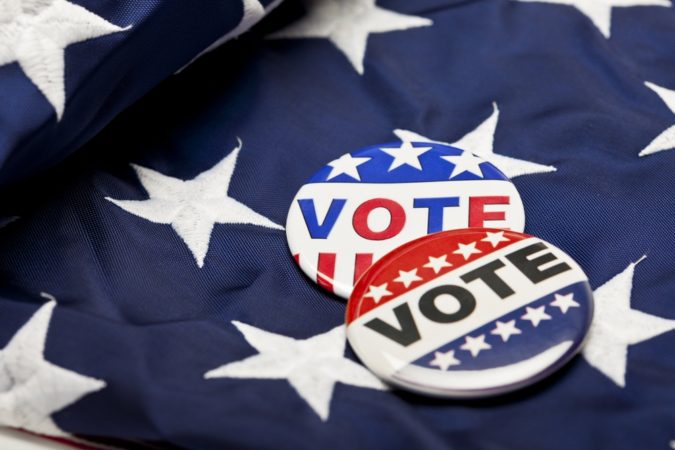 TALLAHASSEE — Striking another blow against Gov. Ron DeSantis, a federal appeals court has refused to reconsider a ruling that felons who have served their time but are unable to pay “legal financial obligations” must be allowed to vote.

The 11th U.S. Circuit Court of Appeals on Tuesday turned down the Republican governor’s request for what is known as an “en banc,” or full court, review of a decision by a three-judge panel of the Atlanta-based court. The case involves a challenge to a 2019 Florida law that made felons’ voting eligibility contingent upon payment of court-ordered fees, fines and restitution.

The panel on Feb. 19 upheld a ruling by U.S. District Judge Robert Hinkle that the state cannot bar felons from voting if they are “genuinely unable” to pay the obligations.

Hinkle issued a preliminary injunction in October and ordered the state to come up with a process to determine whether felons are able to pay financial obligations.

But in a hearing last week to prepare for an April 27 trial in the case, Florida Secretary of State Laurel Lee’s lawyer, Mohammad Jazil, told the judge that her department had not complied with Hinkle’s months-old mandate, in part because the DeSantis’ administration was awaiting the federal appeals court’s action.

“The state is working diligently every day. The state will have a process. The state has contingencies planned for if the courts go one way, the courts go another way. The state currently believes it would be irresponsible to lay out a process only to have it be changed by a court order a week, a month, two months from now, with the November election coming up,” Jazil told Hinkle on March 24.

Hinkle, who for months has scolded the state for failing to come up with a plan, interrupted Jazil.

“If you don’t have a position in place by the time of trial, and I decide that it is a constitutional right — and if you read the 11th Circuit (panel) decision, you probably don’t want to bet against that — the answer’s not going to be, oh, start working on this. If the state is not going to fix it, I will,” the federal judge admonished.

The three-judge panel’s February ruling unambiguously affirmed Hinkle’s decision about the unconstitutionality of Florida’s law. The Legislature passed the law to carry out a 2018 constitutional amendment designed to restore the voting rights of felons who have served their sentences.

“The long and short of it is that once a state provides an avenue to ending the punishment of disenfranchisement — as the voters of Florida plainly did — it must do so consonant with the principles of equal protection and it may not erect a wealth barrier absent a justification sufficient to overcome heightened scrutiny,” judges Lanier Anderson III, Stanley Marcus and Barbara Rothstein decided.

In Tuesday’s order, the appellate court said it was denying DeSantis’ request because “no judge in regular active service on the court … requested that the court be polled on rehearing en banc,” a move required for the full court to revisit a panel decision.

The order also denied the governor’s request for a rehearing by the three-judge panel. The appeals court also denied as moot the efforts by 10 states — such as Alabama, Arkansas, Georgia and Kentucky — to file what are known as “amicus briefs” in support of DeSantis.

The governor’s communications office released a statement noting that Hinkle will hold a more-detailed trial on the issues in late April.

“We are disappointed in the denial of a rehearing before the full court; nonetheless, the case is going to full trial in three weeks,” the statement said.

Tuesday’s decision intensifies pressure for DeSantis’ administration to come up with a system to determine whether Floridians who register to vote are felons who have outstanding financial obligations and provide the information to local supervisors of elections, who have the authority to remove people from the voting rolls.

Florida lacks a single database where the information can be found, according to county clerks of court, elections supervisors and others. And court databases have incomplete or contradictory information, while some records may no longer exist, according to court documents and testimony.

The financial obligations are at the heart of the legal challenge, filed last year by groups including the American Civil Liberties Union and the Southern Poverty Law Center. The groups argued that the linkage between finances and voting amounted to an unconstitutional “poll tax.”

Supporters of the constitutional amendment, which appeared on the November 2018 ballot as Amendment 4, maintained that its passage could restore voting rights to as many as 1.5 million Floridians. The state law, however, drastically reduced that number, lawyers representing the plaintiffs have said.

“The three-judge panel unanimously ruled that a person’s right to vote cannot be contingent on their ability to pay, and the full Eleventh Circuit unanimously declined to reconsider the panel’s decision. It is time for the state to give up on its quest to dismantle Amendment 4,” ACLU of Florida lawyer Daniel Tilley, who represents some of the plaintiffs in the case, said in an email.