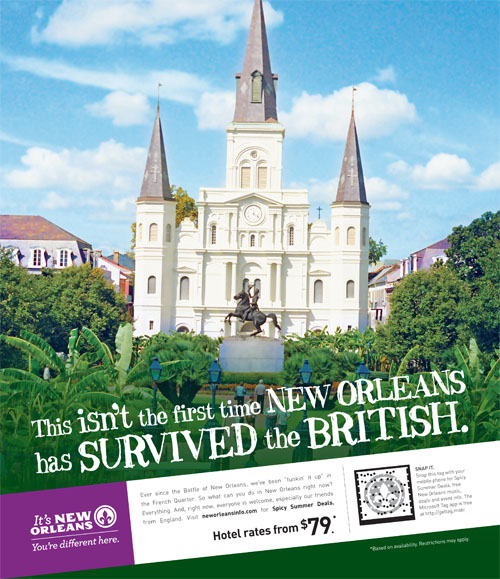 From Gambit: The New Orleans Convention and Visitors Bureau (CVB) plans to launch a rapid-fire public relations and advertising campaign across major US markets starting Friday, June 18 — burning through its $5 million share of a $15 million tourism check written to Louisiana by BP on May 17, within five weeks.

An emphasis will be placed on separating New Orleans in the public imagination from the disaster afflicting the Louisiana coast. One campaign slogan will say: “This isn’t the first time New Orleans has survived the British.”