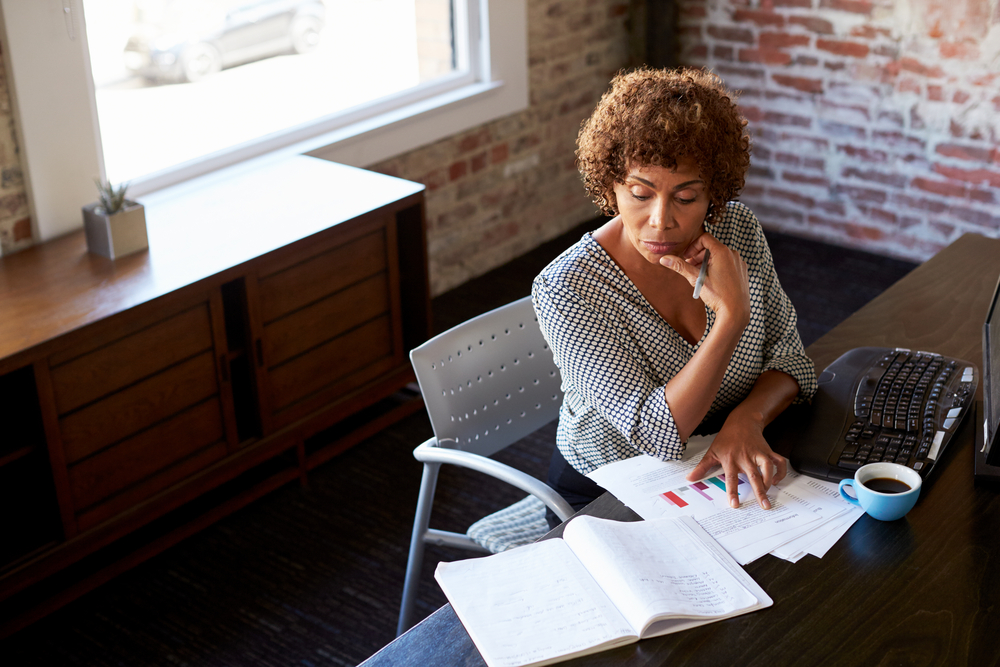 August 22 marks Black Women’s Equal Pay Day, which represents how far into 2019 Black women have to work before their wages catch up to what white men earned last year. Black women working full time and year-round earn only 61 cents for every dollar paid to their white male counterparts.

Black Women Live at the Intersection of Sexism and Racism

Intersectional discrimination perpetuates the racial and gender wealth gap that limits Black women’s access to educational opportunities and hinders their prospects for advancement in the workplace.

Wealth, which is distinct from income or wages, refers to a person’s total assets, minus total debt.

Black women are disproportionately represented in low-wage jobs: While they account for 6 percent of the overall workforce, they make up 11 percent of low-wage workers. But even among workers in high-wage occupations, Black women are paid just 69 cents for every dollar paid to white, non-Hispanic men in the same occupations.

Additionally, Black women also take on more debt than white men—over $10,000 more when they graduate with a bachelor’s degree. The combination of the pay gap and higher levels of debt makes it harder for Black women to pay off their loans. As a result, 57 percent of Black women report financial difficulties repaying student debt after they graduate.

“While the wage gap hurts all women, it is especially pernicious for Black women,” said Kim Churches, CEO of the American Association of University Women.

“That 39 cents national gap is almost twice the gap experienced by women overall—and that is unacceptable. Sadly, black women’s work is undervalued and underpaid. August 22 is an important reminder that we need to double down on efforts to achieve pay equity for all women, particularly women of color.”