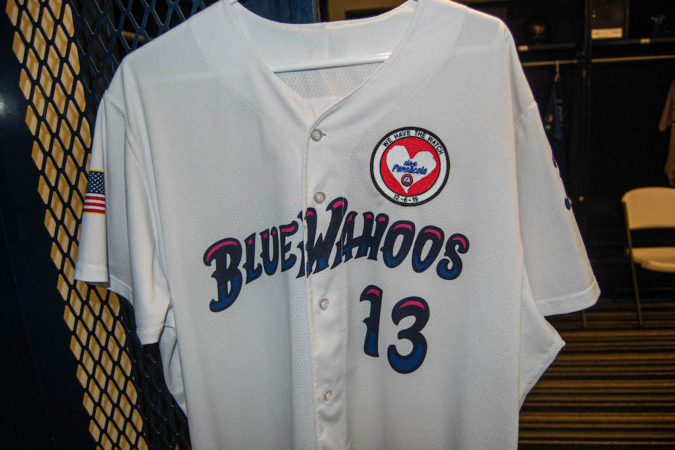 The Pensacola Blue Wahoos will take the field in 2020 with their city over their hearts. The team announced on Thursday that the Blue Wahoos will wear “We Have The Watch-NAS Pensacola” patches on their uniforms in 2020 to honor the victims of the tragic shooting at Naval Air Station Pensacola on December 6th, 2019 and the brave military members, police officers, and first responders who protect the citizens of Pensacola.

“The brave military members at Naval Air Station Pensacola keep our city and our nation safe, and it’s an honor for us to pay tribute to the victims of this tragic event and to the strength of the city of Pensacola as we collectively recover as a community,” team president Jonathan Griffith said.

The patches, designed by Marcus Pointe Baptist Church Media Director Robbie Harvey and pressed and embroidered by Wings & Things Monogramming on South Navy Boulevard, will be worn over the heart, directly above the Blue Wahoos logo on the team’s home uniforms.

The same patches are worn on the uniforms of local military members at Naval Air Station Pensacola and first responders across Pensacola. Fans can purchase a patch for $1 at the Flight Deck Store at the National Naval Aviation Museum.