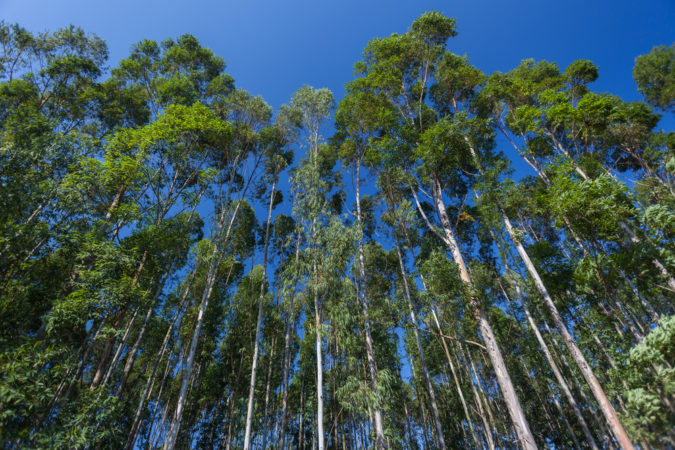 PENSACOLA–The exchange, hidden within the confines of a TEFRA bond hearing, was so surreally weird as to be absurd. It involved a back-and-forth with Escambia County Director of Natural Resources Management Department Chips Kirschenfeld regarding the environmental impacts of International Paper’s mill in Cantonment.

“Chips,” asked Escambia County Commission Chairman Lumon May, “so, in our air monitoring and water monitoring, have we found any violations from IP? Are we monitoring that?”

“Commissioner, we are monitoring water quality in Eleven Mile Creek and also Perdido Bay, and we haven’t had any violations in that waterway,” Kirschenfeld replied.

The Sept. 5 exchange is bizarre on a couple of levels. For one, IP has regularly failed effluent toxicity tests conducted by the Florida Department of Environmental Protection since 2012; in fact, the company is currently at risk of not securing a renewed operating permit if it cannot address these failures by April 2020. Secondly, Escambia County only conducts water testing upstream of IP’s discharge area, thus would never be positioned to offer anything indicative of IP’s effluent.

The TEFRA, or Tax Equity and Fiscal Responsibility hearing was conducted to consider authorizing the refinancing of a $10 million bond on behalf of IP. The money is associated with the company’s wastewater project.

In the wake of the bond hearing — which garnered the unanimous support of commissioners — there have been concerns raised about Kirschenfeld’s assertion that water testing had not revealed any IP violations.

“I guess people feel like maybe I should have expanded on that,” Kirschenfeld said Sept. 19. “But I did that two weeks before at a BCC meeting when the question was raised.”

Kirschenfeld is referring to a previous commission meeting, during which he discussed the issue of IP’s violations with Commissioner Steven Barry. He contends that his omission of IP’s track record, and the results of relevant FDEP tests instead of only non-relevant county tests upstream of the discharge site was not really an omission since the mill’s pollution issues are considered common knowledge.

Earlier in the summer, the Natural Resources director laid out IP’s issues pertaining to violations to commissioners in a June 7 email: “IP’s discharge into wetlands does not meet the ‘end of pipe’ standards for wetland discharge. The parameters of exceedence include pH, specific conductance (sodium), and dissolved oxygen. Monitoring data also indicates there may be issues with turbidity and wetland insect toxicity testing results.”

Commissioner Jeff Bergosh — IP’s wetlands discharge area is in his District 1 — said Thursday that the TEFRA bond hearing wasn’t the time to discuss the company’s permit and violation issues.

“It wouldn’t have been appropriate for us to start getting into the weeds,” Bergosh said, adding that such a divergence would have “muddied the waters.” “That wasn’t the venue for it.”

Bergosh said that he discussed the issue with County Attorney Alison Rogers, who felt the same: “She agreed, that that was not the venue.”

Rogers said Friday that she did not speak with commissioners about not mentioning IP’s issues — “I’m not aware of any conversation about not discussing anything” — and that it would have been fine if such a discussion had transpired. “It wouldn’t have been bad or wrong if they had dived into that.”

The county attorney did say that TEFRA hearings generally follow a specific script, with environmental testing and permitting issues not incorporated into that script. Perhaps, she said, that’s why the matter wasn’t discussed.

“That isn’t one of the boxes we would be obligated to check,” she said.

Rogers also noted that Kirschenfeld’s comments were not part of the TEFRA script, but that he was responding to May’s request for information. And, technically, his response was accurate, if lacking.

“Why Chips didn’t give a larger or more detailed answer, I wouldn’t know,” Rogers said.

Asked if the omission of information pertaining to environmental test failures or permitting issues could be seen as relevant and potentially impactful to the TEFRA bond hearing, the county attorney allowed that it was conceivable.

“It could, of course,” Rogers said. “Absolutely, if someone was shown to be a bad actor or a corporate polluter these things would of course be relevant.”