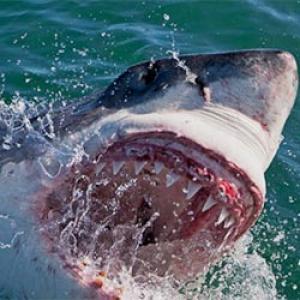 Pensacola Mayor Ashton Hayward came out swinging Thursday night, as City Councilman Charles Bare led an effort to wrest some of the power away from the strong-mayor. He couldn’t help using one of his catch phrases.

“It’s no secret that I strongly disagree with this item,” Hayward said, as council waded into a proposed charter amendment that would place the power to organize city government in the legislative body’s hands. “The executive organizes the government. It’s pretty simple. The voters spoke, they support that.”

What Councilman Bare was suggesting would have changed the city charter — switched in recent years to reflect the city’s new strong-mayor form of government — so that the mayor no longer structured government. The proposal stemmed from an environment some council members described as “chaotic” or “willy-nilly.”

“The situation can change at any time, any day,” said Councilwoman Sherri Myers, contending the switch would bring “stability, predictability and accountability to the government.”

Bare told his fellow council he felt the mayor was vested with too great authority — “it’s a recipe for tyranny in my eyes” — and urged them to support taking the charter amendment to the voters.

“Contrary to popular belief, this does not gut the mayor’s office,” he said. “I believe this is an important check and balance we have on the mayor’s authority.”

Hayward didn’t have to sweat the proposition very hard, as the remaining council members were cold to the idea.

“I think the citizens have spoke,” said Councilman Larry B. Johnson, who led two years ago the successful amendment initiative that eliminated the at-large seats. “The citizens spoke in 2009 when they voted for a charter.”

Councilwoman Jewell Cannada-Wynn said that she did not consider the Hayward-era to be “a full representation of how this government works.” But she said the charter should be given a chance as it is currently written.

“I have not had a single person tell this is a good idea,” said President Andy Terhaar. “I’ve had a lot of people tell me it’s a bad idea.”

Crystal Spencer, an attorney who headed up the Charter Review Commission as the document was being formed, also spoke in favor of leaving the charter alone.

“This is not a correction that needs to be done, this is not an oversight,” Spencer said, contrasting the amendment with previous amendments to the charter — allowing for a recall of the mayor and council, and limiting the number of council members — which she said were needed. “Do not change this charter. Let it work. It is working.”

“The charter is a success,” the mayor said. “It is winning and we are leading the state.”

Prior to the council vote — which killed the effort 5-2 — Bare made a comment that his wife had not reached out to other council members, apparently alluding to Spencer — who is married to Councilman Brian Spencer — calling council members to discuss the proposed amendment. Several council members scolded Bare for the comment.

“Let me just say something,” Councilman Spencer said in response, “Crystal Spencer is independent. She is a citizen of Pensacola and she serves this city as a volunteer … I just don’t direct her.”

In total, Hayward survived two attempts to limit his power Thursday evening. In addition to Bare’s proposed amendment, Cannada-Wynn also saw her effort to give council the authority to approve the mayor’s choice of city administrator dashed.

His strong-mayor authorities still completely intact, Hayward called for unity between the branches of city government.

“This is a we-deal, it’s not an I-deal, we’re all up here to represent the citizens of Pensacola,” the mayor said.