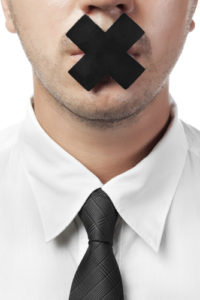 The national real estate with the exclusive listing agreement with the City of Pensacola for the Community Maritime Park says its infamous Request for Proposal, which changed its fee structure, was done in “close coordination with CMPA and City staff over summer 2014.” Furthermore, the RFP was approved by CMPA and City staff, including the fee agreement, before it was released on September 18,2014, according to the timeline given to Inweekly.

Who – at the CMPA and City – was aware of the fee structure change that made it possible for the listing agent, CBRE, to see its commission on a proposed development go from $446,326 to $2.53 million?

“They seemed to be stunned that the City staff was silent on the RFP,” said Myers, who met this week with frustrated CBRE representatives. “They asked me who are dealing with? Who is the one person (in the city) that make (this deal) happen?”

On March 18, CBRE presented to the CMPA Board of Trustees its draft of a Memorandum of Understanding that would make Miami-developer MCM-BAP the master developer of the remaining parcels of the Community Maritime Park. In the MOU, CBRE changed its commission on the deal. The city contract had the real estate broker getting a four-percent commission for the lease fees of real property owned by the city. The proposed MOU has the developer paying them $2.5 million “success fee” –a percentage of the total value of the build out.

The next day, Inweekly contacted COO Fountain about the fee structure change. She said that she believed that it was former City Administrator Colleen Castille who approved the RFP and the new fee structure. She blamed Spears for not following city procedures.

Fountain said, “Ed Spears issued the RFP without having the CMPA Board approve it. I think CBRE assumed Spears brought if before the CMPA Board. This is the reason CBRE was surprised when they got push back from the CMPA Board yesterday.”

Later that day, Spears was “separated” from the city.

The COO didn’t mention that she and Barker had also been part of the discussion on the success fee.

In a statement sent yesterday to Inweekly, CBRE defended the success fee. The broker said the fee would be paid by the developer as part of their overall project costs and entirely eliminates out of pocket cost to the City of Pensacola.

“In the event the project did not move forward CBRE would NOT be paid,” their spokesperson said. “CBRE has communicated the proposed success fee method of compensation since the beginning of the engagement. The arrangement is similar to those CBRE has for similar assignments around the country.”

Inweekly reviewed the Exclusive Agreement signed in February 2014 by Castille on behalf of Mayor Ashton Hayward and by CMPA Board Chairman Jim Reeves. It stated, “City and CMPA acknowledge that CBRE is a national brokerage firm and that in some cases CBRE may represent prospective sublessees…in the event that a prospective sublessee is also represented by CBRE, City and CMPA either (a) consents to CBRE transitioning from a single agent to a transaction broker, or (b) upon request and consent, authorizes CBRE to appointed designated agents.”

In other words, the Mayor and CMPA chairman agreed to let CBRE change its fee structure to a success fee if they represented the prospective sublessee.

So why all this melodrama? Fountain and Barker simply had to state when the controversy surfaced that the success fee was part of the listing agreement. Ed Spears did nothing wrong in this deal and clearly didn’t deserve to be fired because of the RFP and success fee arrangement.

His bosses agreed to the success fee and approved the RFP. According to the listing agreement, the RFP did not have to be approved by the CMPA Board or Pensacola City Council.

CBRE would like to get past this hiccup. The broker still wants the deal with the Miami developer – who wants to build a hotel and luxury apartments at the maritime park – done.

“As part of the ongoing assignment CBRE will work with the City to complete the public private partnership, including negotiating land leases, cross easements, parking solutions, development/construction agreements, common area maintenance obligations etc.,” said CBRE. “The proposed developer has put together an experienced, world class team and CBRE is in the process of negotiating favorable terms on the City’s behalf. We are proud of our efforts to assist Pensacola in this transformational project at Community Maritime Park and look forward to continuing working with the Mayor and the City Council to make it a reality.”

Unfortunately, the mayor’s office appears to be in no hurry to have the Pensacola City Council discuss the development. It was not placed on the council agenda for next week.