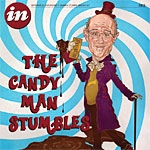 Press Release: Gulf Coast Claims Facility Releases Report on Status of Claims Process On Eve of One Year Anniversary of Deepwater Horizon Oil Explosion. With the approach of the one-year anniversary of the Deepwater Horizon explosion and oil spill, which took place on April 20, 2010, Gulf Coast Claims Facility Administrator Kenneth R. Feinberg today released a report on the status of claims in the program.

Calling the magnitude and volume of the claims “unprecedented,” the report gives a detailed breakdown on the number of individual and business claims filed, processed and paid by the facility.

The GCCF began operations on August 23, 2010 and will operate until August 23, 2013. Since its inception, the facility has received approximately 857,000 claims from over 500,000 individuals and businesses. It has approved approximately 300,000 claims for a total of more than $3.8 billion in Emergency Payments, Interim Payments, Quick Payments and Final Payments. The report issued by Feinberg contains a detailed breakdown for each category of payment.

In addition to the claims information, the report also highlights several additional points, including:

– The US Coast Guard’s independent claims review process has not modified the findings of the GCCF or supplemented the damage calculated by the facility for all 500 cases it has received.

– The GCCF notes that amounts requested by many claimants are out of proportion to the damages actually substantiated by the claimants.

– The GCCF has expanded the size of its 35 local offices to include accountants, local law firm liaisons and systems administrators in order to provide claimants with face-to-face assistance concerning the status of their claims.

– The GCCF has increased transparency by posting the “Final Rules” methodology in detail on its website.

The complete report can be found on www.gulfcoastclaimsfacility.com.