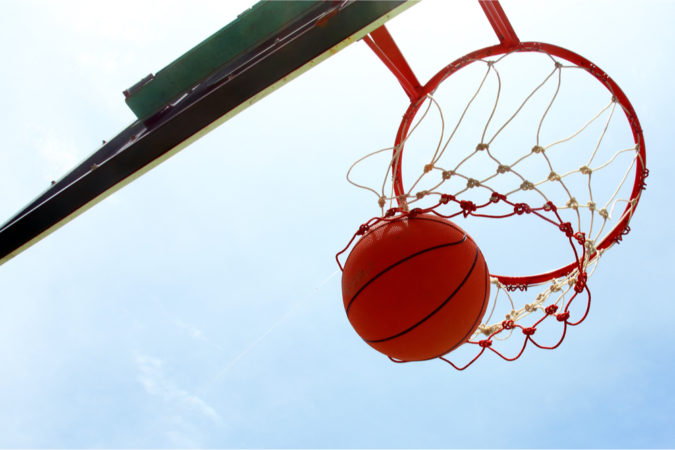 At his April 2 press briefing, Florida Governor Ron DeSantis explained how he interpreted social distancing under his Safer-at-Home order

“If you have a basketball hoop in your driveway, go shoot hoops all day, that’s fine, but you’re not going to be able to do a five on five pickup game where you’re going to be in close contact with other people,” said Governor DeSantis.

Pensacola Mayor Grover  Robinson has been reluctant to shut down the basketball courts at the city’s parks. We’ve asked him for a comment.

Update – 9:30 am.: Mayor Robinson wrote, “Brian (Cooper-parks director), Lawrence (Powell-human services), Tommi (Lyter-police chief)and I discussed yesterday after the press conference and decided we would either remove or tape goals. We did not want to, but we could not really patrol it. They should be doing today.”

Brian Cooper with a follow-up email: “Staff has begun the task of removing all basketball goals within the city limits. We hope to accomplish this today.”

Gov. DeSantis was asked about church services, which are allowed under his order.

“I don’t think that the government has the authority to close the church,” he said. “I’m certainly not going to do that. At the same time, we got with the churches and the synagogues very early and said, ‘In times like this would you guys are doing I think is even more important, but we ask that you do it in a way that is going to be conducive to this overall mission.’ I would say almost all of them 100% agree. Some have gone virtual. Some have had people, but they’ve been spread out far enough.”

He continued, “In times like this, I think that the service that they’re performing is going to be very important for people, especially when you have difficult circumstances. So do it right. Make sure that you’re following the mission, but I think particularly coming up in the Easter season, I think people are going to want to have access to religious services, whether it’s online, whether it’s in a more socially distant type of service, but to have that available I think is very important.”

The governor said that he intended his executive order that listed essential services were to be a “baseline.” He situations other than church services he was more flexible.

“If some folks want to do things more, then than they can do more in certain situations,” he told reporters. “We want to work with the local folks. I think each region in Florida is very distinct, and some of these things may need to be approached a little bit differently. I’m happy to work with them about it, and we’ve let everyone know that from the beginning.”

DeSantis added, “Generally speaking, (Counties and Cities) can go beyond what I’ve done if they want to restrict access to certain areas. For example, we’re saying you can go out for a jog, and I know there’s running trails. If the local wants to just shut down the running trail and they want to do that then they can do it, and that’s just going to be their decision.”

“We’re suspending foreclosures for 45 days and also suspending evictions for 45 days,” he said. “I’m not sure that you’re going to rent out a lot of new places right now anyways, but nevertheless you just never know how people act, so given the circumstances, I think that those suspensions are warranted.”