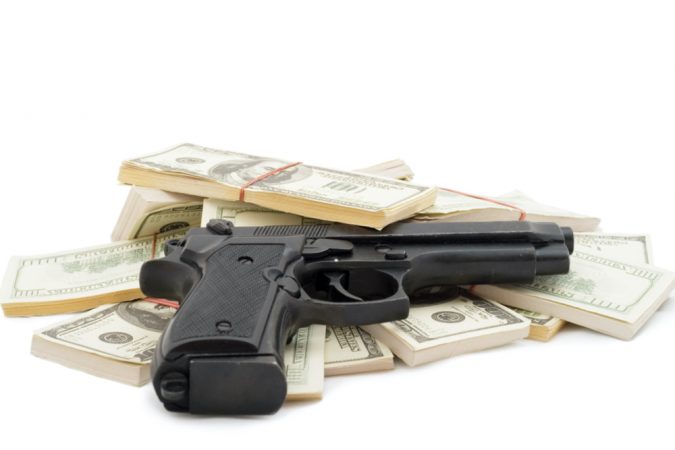 The city of Pensacola spent $10,000 over the weekend purchasing firearms from citizens as part of a gun buyback event, but there are people who feel that was not money well spent.

Bosso was one of the folks who showed up at the city’s gun buyback event Saturday with no intent to sell a firearm.

“I wanted to check out the ‘educational component’ of the event, as well as make sure the city was not violating the law by prohibiting lawful carry as their flier initially stated,” Bosso explained, referencing a social media tussle over the open-carry subject with Pensacola Mayor Grover Robinson.

Following the buyback event, Bosso has been one of the critics of the effort, maintaining that the guns sold to the city were not the type of firearms one might hope to get off of the streets.

Bosso said that he met several individuals at the event who were attempting to make counter-offers to the city’s advertised rates, but that there weren’t too many firearms worth purchasing.

“There were about eight people there offering to purchase decent firearms — some showed up as individuals, not part of a group/organization,” Bosso relayed. “A couple guys did manage to pick up a couple rifles and a shotgun.However, most of the people we talked to told us their firearms were junk and said they were just trying to get something for them — many told us they planned on using the money to purchase a new firearm.”

Mayor Robinson on Monday downplayed criticism of the buyback event, saying he believed the effort — initiated by District 7 Pensacola City Councilman Delarian Wiggins — was a success when viewed through the lens of community engagement.

“I don’t expect the gun buyback to change what’s happening one way or another,” Robinson said, acknowledging that the event didn’t necessarily net guns contributing to the city’s gun violence issue.