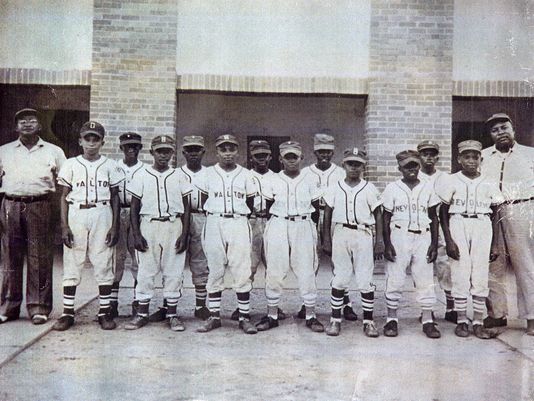 At its regular meeting on Thursday, June 21, the Escambia County Commission recognized the 1955 Pensacola Jaycees Baseball Team for their contribution to the civil rights movement.

The group of 12-year-old boys and their families risked social, physical and economic repercussions when they played the first game of integrated Little League baseball in the south against the all-white team the Orlando Kiwanis. Shortstop Admiral LeRoy, second baseman Rev. Freddie Augustine and family representatives of Clyde Charley, Richard Morris and Phillip Stewart attended the commission meeting.

The Pensacola Jaycees became the Northwest Florida regional champions not just for their skill, but because the all-white teams in the area refused to play the Jaycees. By local teams forfeiting the regional games, the Pensacola Jaycees advanced to the state championship in Orlando. While the Orlando Kiwanis beat the Jaycees 5-0, the game when down in history for breaking barriers. The all-black team is the subject of a new documentary film, “Long Time Coming: A 1955 Baseball Story.”