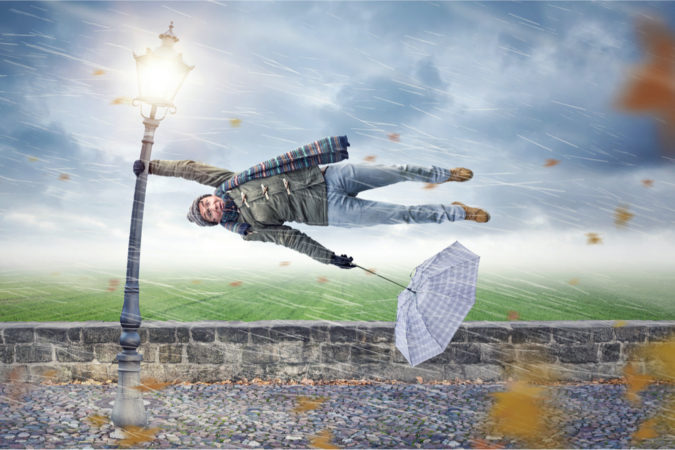 A year ago, Hurricane Sally hammered the local region with wind and rain, causing massive damage and flooding in the area. On the first anniversary of the storm, environmental organization Healthy Gulf has released a report reflecting on the effects of the storm, as well as outlining potential actions to blunt the impacts felt from such events in the future.

“There are always opportunities to learn from the hurricanes and other extreme storm events that affect us here in northwest Florida,” said Christian Wagley, the coastal organizer for Healthy Gulf.

The organization’s report, entitled Hurricane Sally: Impacts and Opportunities for NW Florida, contained several key findings. In short, the report acts as a portrait of Sally as a slow-moving, rain-soaking type of storm that we are woefully unprepared for but can expect more of in this era of climate change.

One crucial point covered in the report concerned Sally’s outpacing of currently designated flood zones. The Federal Emergency Management Agency publishes maps detailing both 100-year and 500-year flood plains, as well as associated risks, which are in turn used to establish parameters within the National Flood Insurance Program. When it comes to Northwest Florida, this data isn’t encouraging: in Santa Rosa County, for example, 44 percent of the flooding from Hurricane Sally occurred outside of FEMA-established flood zones.

The report also looks at the storm’s impact on both the natural system and human communities. Insofar as the natural landscape is concerned, the storm wreaked the expected havoc of downed trees and heavy rains, but also triggered potentially avoidable events, such as the 90 sanitary sewer overflows that the Emerald Coast Utilities Authority reported, a symptom of its aging system that resulted in more than 354,000 gallons of raw sewage into local waterways.

Another interesting aspect of this report is its insight into the storm’s impact on the area’s vulnerable populations. Using data from the U.S. Census, as well as the Center for Disease Control and Prevention’s social vulnerability index for the area, the report bore out some interesting data: inside the city of Pensacola, 67 percent of the storm damage occurred in areas considered to be home to more vulnerable populations, while in Escambia County that number was 19 percent, and only 11 percent in Santa Rosa County.

Finally, Healthy Gulf’s report connected the impacts of Hurricane Sally to climate change. For instance, a rising sea level was credited for the storm’s storm surge, which was 10-inches higher than when recording began in 1923; this storm surge was responsible for the uptick in flooding. Additionally, the report points to a warmer atmosphere, which holds more moisture, contributing to an increase in rain — about 27 percent higher in southeast storms — during hurricanes of the modern era such as Sally. Similarly, it notes that warming temperatures at the poles could reduce atmospheric circulation, thus leading to storms that tend to stall and linger for longer periods.

Insofar as opportunities for addressing the impacts of storms like Hurricane Sally, the Healthy Gulf report identifies a few areas to concentrate on. First, it recommends consulting vulnerability indexes when making future planning and infrastructure decisions. Secondly, it recommends creating updated maps identifying stormwater-problematic regions that result in flooding.

Additionally, the report pushes for a stormwater utility fee. The city of Pensacola is the only jurisdiction in the region that levies such a fee for its residents. The money assures consistent funding for stormwater-related issues, and the report recommends that both Escambia and Santa Rosa consider employing such a fee.

“We hope that elected officials and local government staff consider our findings and recommendations in the interest of reducing flood risk in future storms and better protecting vulnerable populations,” Wagley said.