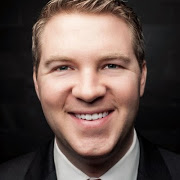 On Pensacola Speaks, I talked with Kevin Cate, a rising star in the Florida Democratic Party, about Hillary Clinton’s presidential campaign.

“What she was trying to prove is this campaign is not going to be about Hillary Clinton,” said Cate. “It’s going to be about middle class Floridians and Americans who want the candidate again who can allow them to have a hand up. Not a handout, and return leadership that has offered the middle class a lot, which is more health insurance coverage, more opportunities, more jobs, and that’s the record that happened while Barack Obama has been President. The record that Hillary Clinton probably wants to continue.”

“Amanda Litman, a good of friend, on email with a national campaign. You’ve got Greg Goddard, who is a prolific fundraiser for Senator Nelson, Charlie Crist, and others, hired on to be the finance director here in Florida. She’s clearly staffing up here.”

Cate, who worked on Barack Obama’s campaign in Florida, knows what it will take to win the nomination and eventually the presidency.

He said, “The campaign will be long. It will be hard, and will be close. Florida definitely will be close. Obviously, I believe Hillary Clinton will be the Democratic nominee,”

“Hillary Clinton has a fight in front of her, and I think that by starting this campaign the way she did, which was focused on real stories of real people, and not these made up kind of demonizing figures that seem to pop up on the republican side, talking about democrats or more progressive ideas, I think that she did a great job,” Cate said. “I think it was a great, great video, great launch, and I don’t see any reason why she doesn’t have more, or the same amount of momentum that Barack Obama had going into 2008.”

When asked about the pluses and minuses of not having a challenger in the primary, Cate said that Martin O’Malley and others will get into race.

“I believe that there will be primary debates, and I believe that that will be healthy for Hillary to go through that. Secretary of State Clinton, excuse me. Although, I’m sure people will get on a first name basis with her. She’s running for President here, but I think that what happened in 2008 was Barack Obama benefited greatly from that very competitive primary.”