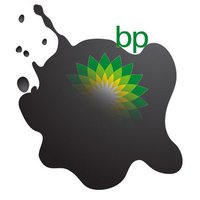 During the first community meetings, BP Barbie Liz Castro told citizens that her company wanted to hear ideas from the public to help with his tragedy. To date, I don’t know of any idea given Ms. Castro that has been implemented. In fact, I keep getting emails from people frustrated that BP and government officials won’t listen to them.

Here is the latest email:

To Whomever It May Concern:
The purpose of this letter is not to chastise your company for creating the largest man-made ecological disaster in history, however much BP may deserve it. Rather, I have a constructive suggestion that needs to be brought to your attention immediately regarding an economically feasible containment strategy to put an immediate end to the crisis at hand. The good news is that no expensive, complicated, high-tech material is needed to immediately seal the oil leak. Nature offers a simple cure in the form of an abundant, inexpensive, non-toxic material that can seal the oil leak within one day.

This very same solution is currently employed all over the world for waterproofing concrete foundations, ponds, septic tanks and cisterns. It’s been successfully used as a liner in the base of landfills, and has even been used to prevent radioactivity from spent nuclear fuel from contaminating the ground water. It’s widely used in automotive shops to clean and remove oil spills, in cat litter boxes to absorb moisture, it’s used internally and externally to detoxify, heal wounds and prevent bleeding, control diarrhea, cleanse the colon, absorb and remove facial oils, and has many other applications.

The substance I’m referring to is bentonite clay—ironically the very material often used indrilling mud to curtail drilling fluidinvasion for oil and gas wells. For the same reasons bentonite is useful for drilling new wells, it is useful for sealing/plugging old wells as it self-seals and self-heals. Although any type of expansive clay would work, the best type to use is sodium bentonite because it is capable of absorbing 7-10 times it’s own weight in water and swelling up to 18 times in volume upon hydration with water. This is what makes it such an incredibly durable, effective, impervious waterproof (and oil-proof) membrane.

Since clay is heavier than water, it can be deliberately sunk in a large, sticky, fibrous matrix / “geo-synthetic clay liner” and applied to the source of the leak to plug it immediately with a minimal amount of material and effort. If the drill stem were still in place it would’ve been fairly easy to slide a massive ring of fiber-reinforced bentonite right down the shaft directly over the leak. However, because the shaft collapsed and the leak is so close to the floor of the Gulf, an alternate way of applying it is necessary.

If used alone, the sodium bentonite would likely be dispersed into the Gulf by the upward force of the gushing oil, so to counteract that force I would recommend applying it in the form of a series of large, heavy, flexible, inorganic-fiber-reinforced “bentonite blankets”. that could be transported by a submarine and used to smother and seal the source of the leak until it stops. Afterwards, it can be buried under tons of more bentonite to make sure it stays hermetically sealed, while sufficiently stabilizing the sandy ocean floor so it can permanently withstand the action of ocean currents.

For the first layer, a thin but heavy layer may be best so it can better conform to the contours of the broken drill stem. For this reason, to resist the gushing effect and avoid puncturing the blanket on the drill stem, it might be better to use numerous woven and tightly interlocked metal chains (like chain mail) for extra weight and strength. Once this layer has substantially slowed the flow, I would add additional layers using inorganic fibers (a “geo-synthetic clay liner”) to economize, and avoid future rust/decay. The subsequent layers could be made heavy enough with the weight of the wet clay alone.

The blankets could easily be prepared above ground by first constructing the metal chains or inorganic mesh to give the clay something to cling onto. Then, they could be wet and dusted with layers of dry sodium bentonite powder interspersed with smaller inorganic fibers. Each layer should be sprayed with water so the sticky mud impregnates and tenaciously clings onto it until a heavy, solid yet flexible mass is achieved. Once the blankets are ready, they could be dragged off the beach with a submarine, and overlapped directly over the leaking pipe.

Not only can cheap, non-toxic bentonite stop the leak, but it’s also a more effective material to deal with the oil that has already leaked. Rather than attempting to dilute the oil and disperse it into the ocean using the toxic chemical Corexit 9500, I would recommend investigating the possibility of using airplanes/helicopters to spray powdered bentonite clay directly on the surface oil to act as a coagulating/ flocculating agent so it can more easily be contained and removed. Instead of poisoning the water and harming the animals, fish, and plant life like Corexit does, Bentonite could even help detoxify them from the adverse effects of the oil spill, inside and out.

I hope you will give my suggestions some serious consideration and please pass on this information to whoever is best equipped to act on it before the entire reservoir empties into the Gulf.