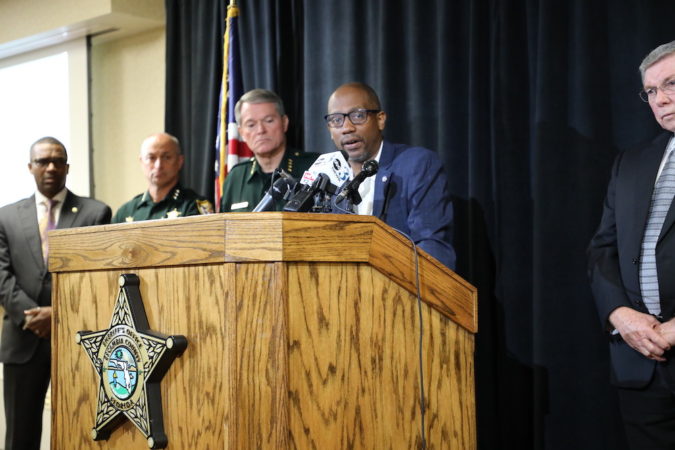 Inweekly caught up County Commissioner Lumon May to discuss the latest updates on the county’s response to the novel Coronavirus .

Commissioner May said he has worked over the weekend to coordinate access for all citizens for the testing.

“I’ve been talking to Mark Faulkner at Baptist and  the mayor, and we’re have scheduled a press conference for 10:30 a.m. at  the Brownsville Community Center. We hope to set up resources to do testing in the “pockets of poverty” in those neighborhoods that sometimes don’t have access.”

Over the weekend, Commissioner of Agriculture Nikki Fried activated their Summer BreakSpot website, where families can find free meals for children under 18 during the current coronavirus school closures. The meal locations may be found at SummerBreakSpot.FreshFromFlorida.com.  Escambia County was not listed in the announcement — although Santa Rosa County was included.

“I’ve put in a call into Superintendent Malcolm Thomas. With the shutting down of schools, it’s critical we have plan to feed our children,” said Commissioner May. “I’m somewhat frustrated in the communications with the state as it relates to feeding.”

He said County Administrator Janice Gille has called Fried’s office, but hasn’t heard back. Commissioner May said, “I’m hearing her servers have crashed with the application process.”

He added, “It’s important that we began to set up these stations of grab-and-go as quickly as possible. I think that we should be very, very cautious about group gatherings. The CDC has advised us to not have these group gatherings, but a grab-and go-would get children in, get them fed and give them the resources that they need to be safe is paramount right now for me.”

Commissioner May said that he hopes to have mobile delivery all available by which food could be delivered to families unable to reach the designated food distribution site.

He also would like to see the county activate the Emergency Operation Center.

“Unfortunately, I’ve been advised that we won’t until we get the first known case in Pensacola,” said Commissioner May. “I think that from my perspective right now, we are in a state of emergency because we have children who probably are not going to be able to receive the meals that they are able to receive.”