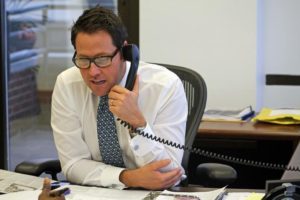 The media has heard little from Mayor Ashton Hayward since the Studers withdrew their offers for three parcels at the Community Maritime Park.

Everyone at City Hall was disappointed to learn that Quint and Rishy Studer have withdrawn their proposal for parcels 3, 6, and 9 at the Community Maritime Park. The City Council and I have strongly and vocally supported the Studers’ proposal from day one, and we’ve been looking forward to getting this deal done.

Unfortunately, the leases the CMPA approved aren’t consistent with the exciting plans that were presented in the media and to the City Council. As much as we respect the Studers, and as excellent as their track record may be, the public’s interests must be protected in writing. The leases approved by the CMPA are available on the front page of the City’s website and I encourage citizens to read them.

I’m just as excited about the Studers’ proposal today as I have been for the last month, and I still believe that we can get this deal done. All indications have been that the two sides aren’t that far apart. Nobody questions the Studers’ commitment to our community. I hope that Mr. Studer will come back to the table and continue to work with me on a lease that makes sense for the taxpayers.