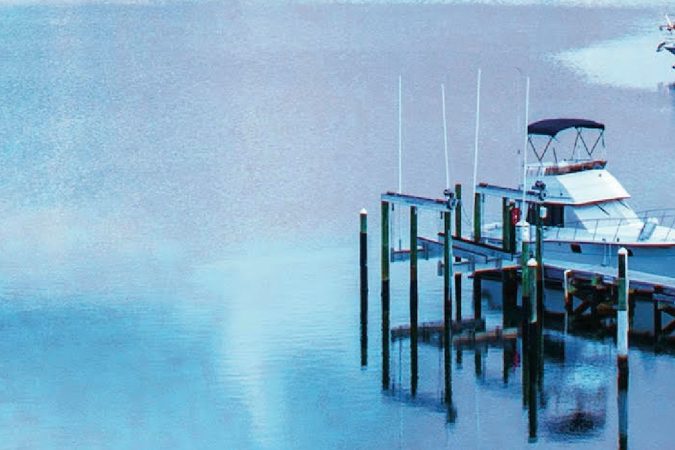 Walker Holmes’ world has fallen apart yet again—his girlfriend has left him, an expose on human trafficking has led to his source being brutally murdered, and his nemesis, Sheriff Ron Frost, appears to be unstoppable in his pursuit of a third term.

The alt-weekly newspaper publisher’s life becomes even more chaotic when a flood shuts down Pensacola, leaving Holmes’s entire staff stranded in his apartment. Before the town can cope with the destruction, the county jail explodes.

Somehow Holmes must get his act together—stop his binge drinking, win back the support of his staff and friends, stave off a hostile takeover of his newspaper and figure out what and who caused the deadly blast. But his investigation is unearthing dangerous connections to the Dixie Mafia, the Ku Klux Klan and decades of backroom deals.

Before he is done, plenty of blood will be in the water. Holmes hopes none of it is his.

Besides Walker Holmes and Big Boy, Blood in the Water brings back the Insider staff, Gravy Graves, Dare Evans and Alphonse Tyndall, plus Benny, Tiny, Eva and Bree.  And Pensacola locations such as The Elbow Room, NY Nicks (the old one), Intermission, Tippy’s, Fish House, Five Sisters, CJ’s Kitchen, Bangkok Garden and more.

Visit Amazon for digital and print versions. If you subscribe to Kindle Unlimited, you can download the book for free.