Yesterday, the daily newspaper printed its story on The Fish House’s response to Mayor Ashton Hayward’s notice of default on the leases for Pitt Slip that demanded, what the mayor claimed, were past due rents owed on the gross sales of The Fish House and Atlas Oyster House (Read more). The title “City may take over restaurants,” the paper has admitted today in a correction wasn’t accurate for the article.

Here is the Wednesday headline on the front page: 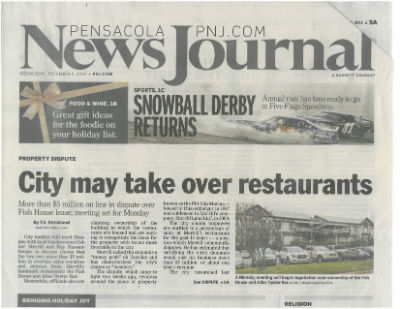 Here is today’s correction that appeared at the bottom of the first page of the Local section: