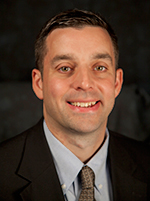 Today, I will interview Matthew Clavin, a history professor at the University of Houston, on his new book, “Aiming for Pensacola: Fugitive Slaves on the Atlantic and Southern Frontiers.”

The book recovers the story of fugitive slaves who sought freedom by – paradoxically – sojourning deeper into the American South toward an unlikely destination: the small seaport of Pensacola.

As neighboring Gulf Coast seaports like New Orleans experienced rapid population growth and economic development based on racial slavery, Pensacola became known for something else: as an enclave of diverse, free peoples of European, African, and Native American descent. Farmers, laborers, mechanics, soldiers, and sailors learned to cooperate across racial lines and possessed no vested interest in maintaining slavery or white supremacy.

The interracial resistance to slavery that thrived in Pensacola in the years before the Civil War, Clavin contends, would play a role in demolishing the foundations of Southern slavery when that fateful conflict arrived.

Professor Clavin writes and teaches in the areas of American and Atlantic history, with a focus on the history of race, slavery, and abolition. He received his Ph.D. at American University in 2005 and is the recipient of numerous awards and fellowships from the American Antiquarian Society, the Gilder Lehrman Center for the Study of Slavery, Resistance, and Abolition, the National Endowment for the Humanities, and others.