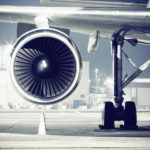 Pensacola Mayor Ashton Hayward was joined this afternoon by the Pensacola City Council to sign a lease with VT Mobile Aerospace Engineering, Inc. (VT MAE), which will establish a maintenance, repair, and overhaul (MRO) facility at Pensacola International Airport, creating at least 300 jobs.

The signing ceremony, which took place immediately following a special City Council meeting where the lease was approved, was also attended by representatives from Escambia County and VT MAE.

“We are so excited to bring VT MAE, one of the world’s leading MRO companies, to Pensacola International Airport,” said Mayor Hayward. “By working with VT MAE, we will be able to create good, high-paying jobs and cement Pensacola’s position as a true contender for aviation and aerospace industry investment. This partnership aligns well with our regional goals to create a robust aerospace cluster and will help create greater business and job opportunities for the citizens of Pensacola and Escambia County.”

Today’s announcement concludes the nearly two-year campaign by Mayor Hayward and economic development partners, including Escambia County and the Greater Pensacola Chamber, to attract VT MAE, a subsidiary of Singapore-based ST Engineering, to Pensacola. Under the terms of the lease, the City of Pensacola will construct an aircraft hangar complex on 18.66 acres at Pensacola International Airport and lease the facilities to VT MAE for a 30-year term. The hangar will be able to accommodate two wide-body aircraft, and is expected to be ready for operations in mid-2016.

“We have played a pioneering role in the development and growth of the aviation industry in the Gulf Coast region in the last two decades, and have been looking for a suitable location to expand our presence and service offerings in this region,” said General (USA, Ret.) John G. Coburn, chairman and CEO of VT Systems. “Pensacola presented an opportunity for us to add to our capacity with the development of an aircraft MRO facility within the Pensacola International Airport. Its strategic location, good infrastructure, and a dynamic and supportive leadership team, are reasons for our decision to establish our presence in Pensacola. We look forward to creating greater value for our customers, and hope to bring many value-added jobs to the people of Pensacola and Escambia County.”