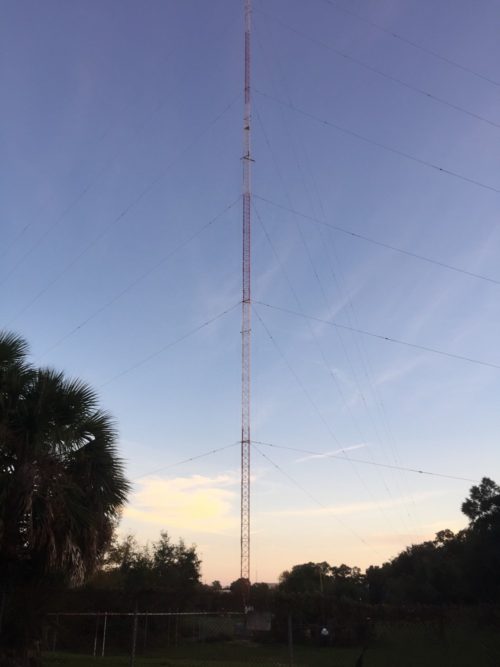 Divine Word Radio owner Gene Church may have deceived city, Federal Communications Commission and Federal Aviation Administration officials about the construction of the 400-foot high radio tower inside the Long Hollow Conservation District, according to report delivered to the Pensacola City Council yesterday.

It took nearly three-hours for the city council to sort through the presentation by Council Executive Don Kraher and listen to commentary by North Hill residents about the controversial tower that appears to have violated the city lease, city permit regulations and federal standards.

There was last mInute attempt to cut off any council action by Church’s attorney Ed Fleming, who sent an email two minutes before Monday’s 3:30 p.m. consent agenda meeting to Kraher dismissing the nine questions the city council executive emailed to Fleming five days earlier on March 9. Read Letter in response to Don Kraher

Fleming contended everything was done on the up and up on the lease, permits and said the city lacked grounds to modify or to terminate its lease with Church, who owns the tower that broadcasts Catholic 1230 AM radio station and two others.

“Given the fact that all three questions have been definitively answered, I see no need to make further comment regarding the Divine Word Radio tower lease,” Fleming wrote.

But Kraher’s research pointed out many inconsistencies and contradictions, such as whether the new tower was 350-feet as the stated in the plans approved by the city, or 400-feet as it reported to the FCC and FAA. Divine Word removed a 65-year-old, 250-foot tower owned by the city in September 2014.

In addition, Divine Radio had a “non-conforming” use provision under the city’s zoning ordinance. That raised the question among city council members whether Church could build a new radio tower and control building on the six acres of city property that he leases for $600 a year.

City council members came to a consensus on filing a complaint with the FCC against the radio station and on analyzing whether to pursue legal action to cancel the contract.

District 6 City Councilman Brian Spencer said to applause from onlookers that “you can strike number six off my list of options—leaving things as they are.”

District 2 City Councilwoman Sherri Myers added: “There must be some legal avenues we can take.”

She asked City Attorney Lysia Bowling to look at the lease and present a legal opinion.

“This is awfully distressing,” he said.

“You don’t have a building permit for 400-feet of anything,” she said. “You need to get FCC in here quick.”

Nichols added the tower is dangerous with its lights often out at night, and reported it lies in Baptist Hospital’s ER flight pattern.

North Hill resident Dr. James Scaminaci III has no doubts about the tower construction: “The city of Pensacola was a victim of fraud. Deliberate fraud.”

Kraher summed up his presentation to council members when he said: “Who knew what? What did they know? When did they know it? And was that information provided to the City Council?”