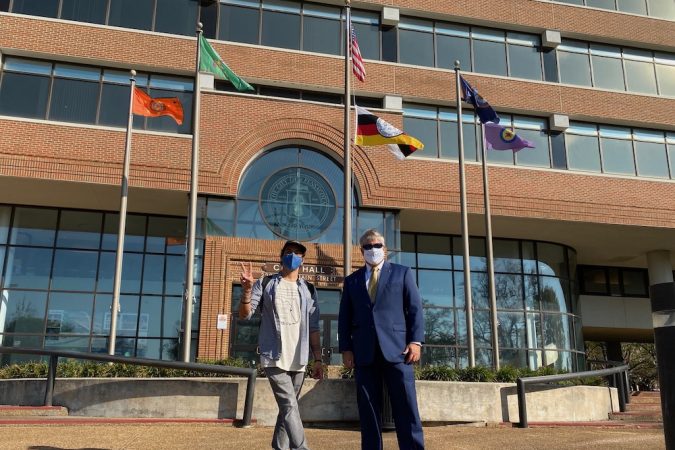 It appears that the city of Pensacola will be sticking with the strong-mayor form of government selected by voters a decade ago, with members of the city’s charter review commission agreeing to forgo entertaining considerations of a switch back to a council-manager form of government.

“So it looks like we’re pretty much in agreement that we’re just going to tweak the current charter and not do a wholesale change,” confirmed Pensacola Charter Review Commission Chairman Samuel Horton during the group’s March 23 meeting.

Pensacola currently operates under a strong mayor form of government, which lends considerable power to the executive branch. Previously, before the last charter review process, the city operated under a form of government that relied on the Pensacola City Council working with a city manager they hired.

While the current charter review commission has pondered the notion of turning back to the council-manager form — or at least putting the option before the voters — members appeared unanimous in their resolve to leave the strong-mayor structure in place during their most recent meeting.

“The people spoke; it was a referendum, back in the day,” said commission member Mike Wiggins, citing the relatively recent switch to the strong mayor system.

Wiggins served as mayor before the 2010 switch, back when the city council worked with a city manager. The former mayor said he liked working under the old system but thought the new system should be left in place for now; he also noted that no one had approached him requesting a return to the old system.

“I really think we need to go ahead and give it time and make it work,” Wiggins said.

“I wouldn’t necessarily say I’d die on the hill of not going back to the council-manager form of government, but I don’t think it’s been enough time since that referendum to start talking about going back,” Bruni said.

Commission member Jack Zoesch echoed other members in his assessment that the current charter could stand some tweaking but also agreed the city’s basic governmental form should remain unchanged.

“To the extent, we can improve the interaction and the balance between the mayor and the council and help them work better together through this document if that’s possible, that would be great, but I don’t think we need to throw it out,” he said.

Zoesch also said he thought the current strong-mayor form might also be a more representative form of government.

Jack Zoesch … “I think there’s an argument actually that the new form is more representative of the people,” Zoesch said. “There is a council, but instead of the council people selecting essentially the executive, the people selective the executive, which is the mayor. Now, there can be some dispute about that and how that works exactly, but I think that’s a reasonable argument, one that tends to persuade me.”

Former city police chief David Alexander, who also sits on the commission, said he the public has “not really chimed in and given us a lot of feedback” asking for a return to the former system, but commission member Lester Smith said he didn’t think the general public was well equipped to engage in the discussion.

“If you’re looking for a whole lot of input from citizens about something this intense, you’re living in Disney World,” Smith said. “I mean, we don’t even know enough about it, and we’re in the middle of it; how do you expect Joe Blow to come your way ‘you need to change this in the charter?’ I mean, most of them don’t even know what the charter is.”

Some items that commission members indicated they would like to discuss going further involve themes like accountability and communication. Multiple members also indicated they felt future review commissions needed more time set aside for the review process to ensure that enough time was available to consider a return to the council-manager form of government if need be.

The charter review commission’s next meeting, during which the group will begin trudging through the city’s charter, is slated for April 6.