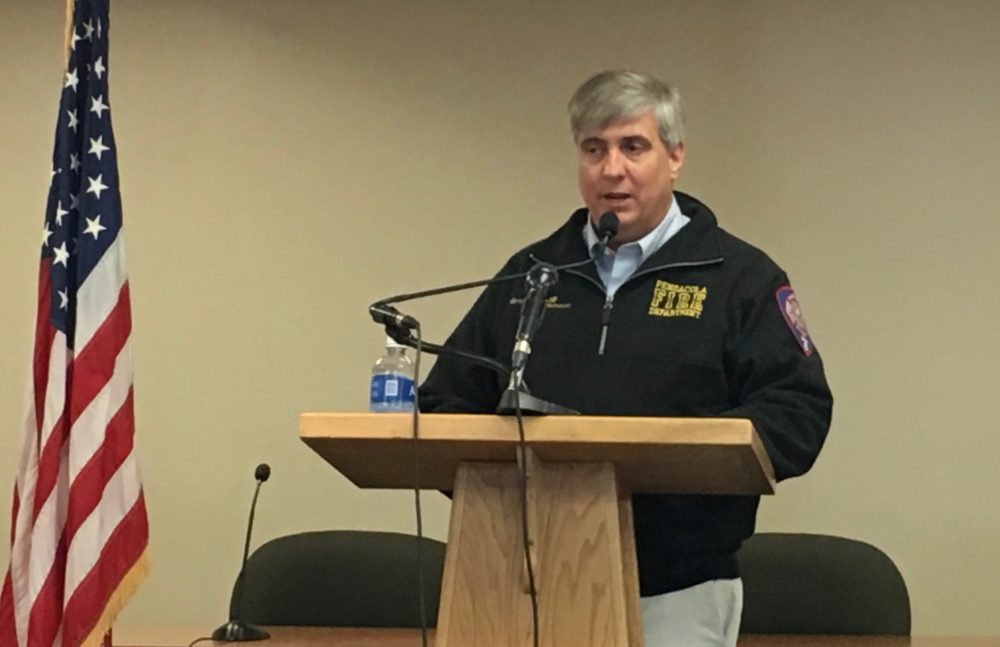 The latest Inweekly/Political Matrix poll of 538 likely voters in the city of Pensacola found that 73 percent of those polled were satisfied with the performance of Mayor Grover Robinson thus far in his administration. More than a third were either extremely or very satisfied with his performance.

The satisfaction levels were across all seven city districts:

The persons sampled were likely city voters with a voting score of 100% for the general election cycles. The voters were called using an Interactive Voice Response system called during the hours of 1-7 p.m. between May 2-4. The Margin of Error for this study is +/- 4.5% with a confidence level of 95%