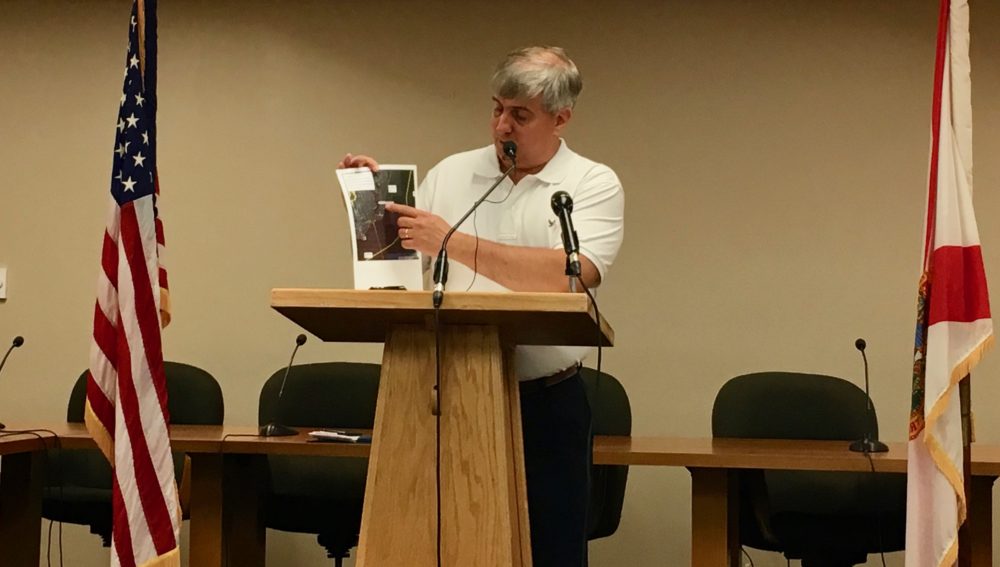 During this week’s press conference, Pensacola Mayor Grover Robinson dove into the politics of aquaculture, forecasts some DIB picks and also discussed conflict-of-interest concerns some Milton officials have now that their mayor is part of Pensacola’s legal team.

When City Attorney Susan Woolf recently brought Heather Lindsay — who serves as the mayor of Milton — on board as an assistant attorney for the city, some members of the Milton City Council voiced concerns about potential conflicts of interests between the two roles.  Mayor Robinson said he doesn’t understand the concerns in Milton.

“I don’t understand this issue that everybody’s having and I really wish we could get by this — I’d like to call it this ‘parochial poison,’” the mayor said.

Robinson said that when Woolf informed him who she wanted to hire, he was fine with her selection — Lindsay and the mayor know each other from their days at Booker T. Washington High School — and not concerned about any potential for conflicts.

The mayor brushed asides concerns about conflict — such as when the two entities are both seeking state transportation projects and funding — saying he didn’t expect many such instances to arise and also that Lindsay was capable of fulfilling each role independently of the interests of the other.

Robinson also bristled at the underlying insinuation of the conflict concerns.

“The part that takes me back is when somebody says, ‘Well, how do you expect her to vote?’” he said. “The only reason I think she would ever have to worry about that is if she was worried about her job. So, are you saying to me that some how or another I’m gonna fire her if she doesn’t vote for Pensacola? That’s not it, that’s not it at all, that’s not what we’ve come here to do, that’s not the regional community we want to build.”

And the mayor went further, saying that people should adopt a more regional lens, instead of viewing everything from an us-vs.-them perspective.

“Fifty percent of the people wake up this morning in Santa Rosa County and you know what they do? They come to Escambia County to work. So, saying some how or another that that line through the Escambia River matters — it really doesn’t,” he said. “The idea, when we understand, we really our one community working together, we’re going to be a lot more successful.”

At the request of property owners with sweet bay views, Pensacola has asked the Florida Department of Agriculture to redraw lease boundaries for aquaculture in order to keep views in East Pensacola Heights clear of oyster farms.

Robinson said the city sent a letter to the state on May 8, requesting that the southern boundary of the lease area run perpendicular to Bay Bluffs Park off Scenic Highway, or along 30.43 Latitude. That area is already home to an oyster farming operation and is well north of the bulk of area residences.

“There are miles and miles of lease opportunity that aren’t off somebody’s shoreline,” Robinson reasoned his request. “Everything north of that is still allowable.”

The mayor made the request to the Department of Agriculture because there are currently applicants for the leases and as such the state has opened those applications up for public comment. Though Robinson’s request comes at the behest of private residences — who themselves can also submit comment — it carries the weight of an elected official.

The mayor explained that he was first approached a couple of years ago when he was an Escambia County Commissioner. It was then that he contacted the state and learned that the mayor of Pensacola — the leases fall within the city’s jurisdiction — could make such a request with a reasonable expectation things would go their way.

“They said, ‘Hey, if the city were to make a request, because it’s really their jurisdiction, we would honor that,’” Robinson said.

The mayor downplayed concerns about the varying salinity levels in Escambia Bay and East Bay, noting that areas north of Bay Bluffs Park are still categorized by the state as “an applicable oyster growing area.” He allowed that such variances may impact the oysters being farmed — “it may change your taste or something else” — but maintained that residential bay views trumped such concerns.

“Now, I realize, there’s maybe a rush to get to the south end, because there may be better salinity for the oysters, but at the end of the day we’ve gotta — we want to be able to grow our oysters and deal with aquaculture, but we’ve also gotta do it in a way that we feel is responsible for our citizens,” Robinson said.

Dibs on the DIB

Mayor Robinson has been eyeing summer for a while, anxious to make the city’s three new appointments to the Downtown Improvement Board. The DIB, a quasi-governmental agency that collects taxes from downtown property owners and was originally created to deal with urban blight and spur economic development, oversees downtown’s paid parking and the mayor is seeking to make some changes in that area.

“Philosophically, I’m looking for somebody that’s willing to be open to parking,” Robinson said, specifically listing off items like variable pricing as points of interest.

The mayor said that he already had two prospective DIB members in mind. The first is Kevin Lehman, owner of Fosko Coffee Barre, who “has some ideas on variable pricing.” The second is Aaron Watson, an attorney in the downtown district (applicants must pay DIB taxes).

Watson is also black. Robinson said he was looking to appoint an African-American to the DIB in order to make the board more diverse.

The city’s trio of prospective appointments will go before city council June 14 for approval.

Last week, the Pensacola City Council gave an initial approval to the Community Redevelopment Area Urban Design Overlay District. The district is meant to offer protections to neighborhoods near the city’s core, ensuring their character via development regulations.

On Monday, Mayor Robinson reflected on the ordinance establishing the overlay district, conceding that “not everything about the overlay, at this point, is probably perfect.”

“I think at the end of the day, as we see application of it, we may tweak it here or there,” the mayor said.

That said, Robinson does feel good about the measure, saying that while there may be tweaks to come, “the overall arching part” is important to get on the books.

The mayor also said he was glad to see that some concerns voiced from the development community, such as issues concerning parking, had been addressed in some late-in-the-game edits to the ordinance. But he also said he was not in favor of delaying implementation of the ordinance — as suggested by developer Fred Gunther — in order to allow currently-in-the-works projects to begin and finish prior to activating any restrictions.

“There’s a grace period in there, already in the ordinance, and I think that’s fine,” Robinson said. “It allows you to, if you’re moving on something, to get moving. But it kinda allows you — at this point, for planning purposes, we’ve given you six months to plan into it. You oughta be able to figure it out and go read the ordinance.”