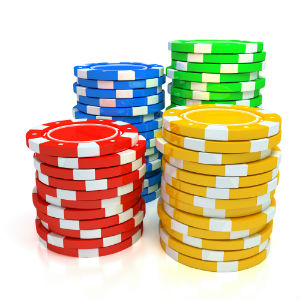 BY DARA KAM
THE NEWS SERVICE OF FLORIDA

.After almost two years in the works, state gambling regulators on Tuesday released the latest version of proposed pari-mutuel regulations governing everything from how much jockeys can weigh to the shape and size of horse tracks.

But industry insiders predict that the rules face a challenge if they aren’t revised.

The Department of Business and Professional Regulation’s Division of Pari-mutuel Wagering, which oversees non-tribal gambling operations in the state, released the latest proposed rules on Tuesday. The agency held a variety of workshops on the issue since the first version of the rules was floated nearly two years ago.

Tuesday’s proposal closely mirrors the 2013 plan, but with changes that give some industry representatives pause.

Portions of the proposed regulation address a controversy about barrel racing at a Panhandle facility in Gretna. State regulators initially granted a pari-mutuel license for the rodeo-style horse races — the first in the country — four years ago, but an appeals court later ruled that the license was granted in error.

Unlike a previous iteration of the rule, tracks would not have to be in an oval shape, something that would benefit the Gadsden County facility, where horses now run against each other in a straight line.

But, under the proposed rules, horse tracks would have to be a certain length, have “breakaway” rails, and require starting gates for horses. That would put an end to the “flag drop” races at tracks like Gretna Racing.

“This stuff is thrown out there as an economic barrier to keep the new tracks out,” said David Romanik, a lawyer who is also part owner of the Gretna track.

Romanik predicted that it would cost $4 million to modify the Gretna track to meet the requirements in the proposed rule, meaning that the Legislature would have to authorize the regulations. Under state law, rules that result in a cumulative cost of $200,000 or more to an industry in one year, or $1 million over five years, require the blessing of legislators.

Romanik and lawyers representing other tracks predicted that the rule, if not altered, will likely be challenged. Gretna Racing is also in the midst of a legal battle over slots. The 1st District Court of Appeal, in another decision related to the facility, recently ruled that gambling regulators erred in denying the facility a slots license. The state is asking that the full court rehear the case in what is called an “en banc” hearing.

Regulators, who have scheduled a July 20 hearing in Tallahassee on the proposed rule, did not explain what prompted the latest plan.

“The proposed rules are the result of a one and a half yearlong process with three workshops and several meetings to listen to what stakeholders all over the state have to say about the industry and the importance of public understanding, certain levels of clarity and uniform standards,” DBPR spokesman Jaime Florez said in an email.

The proposed rule also would shrink the maximum number of daily racing performances — each made up of eight races — from three to two, something that could also prompt a challenge. Tracks and jai alai frontons must run a certain number of performances in order to operate more lucrative card rooms.

Some tracks schedule multiple performances on the weekends, when attendance is higher. Reducing the maximum number of daily races would force tracks to run dogs or horses during the week and could increase their operational costs.

“My clients are genuinely concerned about a number of issues in these rules,” said John Lockwood, a lawyer who represents several Florida pari-mutuels.

And horse breeders and owners, who vehemently opposed the barrel-racing and flag-drop activities at Gretna and other tracks, also view the proposed rules with skepticism.

Bill White, president of the Florida Horsemen’s Benevolent and Protective Association, which represents thoroughbred owners and trainers, said his organization is scrutinizing the proposal.

“We clearly have some concerns with what we’ve initially evaluated,” White said.

© 2015 The News Service of Florida. All rights reserved. Posting or forwarding this material without permission is prohibited. You can view the Terms of Use on our website.