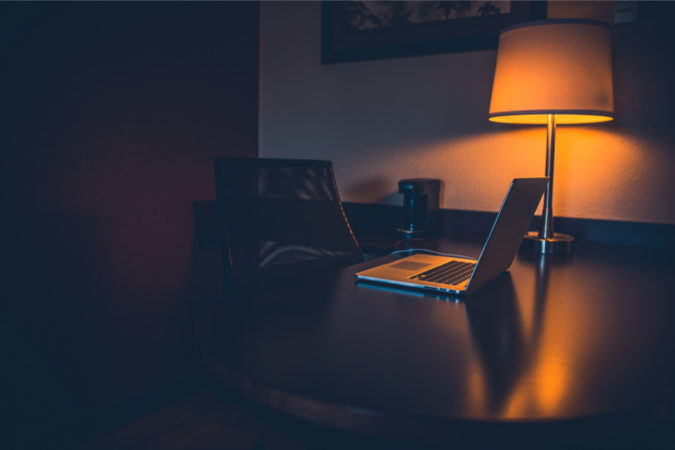 Gov. Ron DeSantis’ Safe-at-Home order is a jumbled mess. It’s as if he rushed to do something and had done no planning for it. DeSantis chose to announce the order live on Facebook rather at press conference where media could not ask questions.

Law enforcement, county and city leaders are scrambling to figure what should be left open and what should be closed.  We’ve gotten word that a joint city-county press conference is planned for 11:30 a.m. tomorrow at the EOC. It’s unknown if the media will be allowed to ask questions without restrictions.

Press releases by the city and county about the executive order later this afternoon match what Inweekly reported earlier.

Georgia Gov. Brian Kemp said during this afternoon press conference that he plans to sign an order that will require all residents to shelter-in-place from Friday, April 3 through April 13.

From The News Service of Florida

TALLAHASSEE — Gov. Ron DeSantis on Wednesday issued an order directing Floridians statewide to stay at home, a move the governor had been resisting for close to two weeks as other states took similar steps because of the novel coronavirus.

“Even though there are a lot of places in Florida that have very low infection rates, it makes sense to make this move now,” DeSantis told reporters, adding that he spoke with President Donald Trump before issuing the order, which will take effect at 12:01 a.m. Friday and last until April 30.

The executive order includes exceptions for people who are obtaining or providing “essential services” or who are involved in “essential activities.” It also does not specifically identify consequences people will face if they violate the stay-at-home order.

In defining essential services, the governor relied on policies previously issued by the U.S. Department of Homeland Security and Miami-Dade County. Sectors of jobs that fall under the definition include health care, law enforcement, public works, water, energy, wastewater, logistics, food and agriculture and construction.

The order also allows people to take part in activities such as walking, biking, hiking, swimming, running, fishing and hunting within social-distancing guidelines and taking care of pets, family members or friends.

Attending religious services in churches, synagogues and other types of houses of worship also is included in the essential activities list. That came after a Tampa minister turned himself into local authorities after violating an order for people to stay at home and social distance.

“We don’t really know how all these measures work, because it’s never been tried on American society before. But, I think we find ourselves in a situation where we have a national pause,” DeSantis said, referring to a decision by the Trump administration to issue guidelines for people to minimize contact with others  “We need to deal with this front and center, and we’ll figure out on the backend how we get out.”

On Tuesday evening, Trump and other officials painted a somber picture of the spread of the virus, saying it was possible that at least 100,000 Americans would die of COVID-19, the respiratory disease caused by the virus.

The governor’s decision to change course came after he previously raised concerns about imposing any kind of statewide order, saying that the virus had not spread to all 67 counties. Also Tuesday, he said he had not issued a statewide order because it wasn’t something that a White House coronavirus task force expressly recommended.

All the while, the virus continued to spread quickly in Florida, including to places such as long-term care facilities, and the number of people criticizing DeSantis for failing to act grew.

Before Wednesday’s decision, DeSantis issued executive orders that included targeting people traveling from New York, New Jersey and Connecticut, as the New York City area has been inundated with coronavirus cases. DeSantis required anyone flying into Florida from those states to self-quarantine for two weeks. He later extended that order to include anyone driving into Florida from those states and Louisiana to self-isolate and authorized police to conduct traffic stops.

As of Wednesday morning, Florida had 6,954 coronavirus cases, with 87 deaths. The virus is in 83 percent of the state’s counties, with the largest numbers of cases in heavily populated Miami-Dade, Broward and Palm Beach counties. Those three counties appear to be the epicenter for the spread of the virus, accounting for more than 57 percent of the statewide cases.

“At this point, all the mitigation that we could do is done. There’s parts of the state where that’s going to be tough medicine, but it’s uniform,” DeSantis said. “It’s done.”

“It is distressing that Governor Ron DeSantis waited until the coronavirus had spread to so many Floridians before finally issuing a statewide stay-at-home order,” she said in a prepared statement. “I hope this will finally slow the rise in infections and that his actions are not too late.”

“In a pandemic, days of delay and mixed messages mean more viral spread, more risks to health workers and more deaths,” she said in a statement.

DeSantis said he now wants to focus on increasing the number of people who are being tested. DeSantis said he’d like to have 105,000 tests administered, which would mean that 1 in every 200 Floridians would be tested.

“Once you get that or better, you have a really good sense of how this virus is moving in all the different communities,” DeSantis said.

Meanwhile cases and deaths continued to rise in Florida:

TALLAHASSEE — The Florida Department of Health released updated numbers Wednesday evening about the coronavirus in the state. Here are some takeaways:

— 16: Increase in deaths from a Tuesday evening count.

— 133: Increase in hospitalizations from a Tuesday evening count.

— 14: Counties where cases have been found in long-term care facilities.