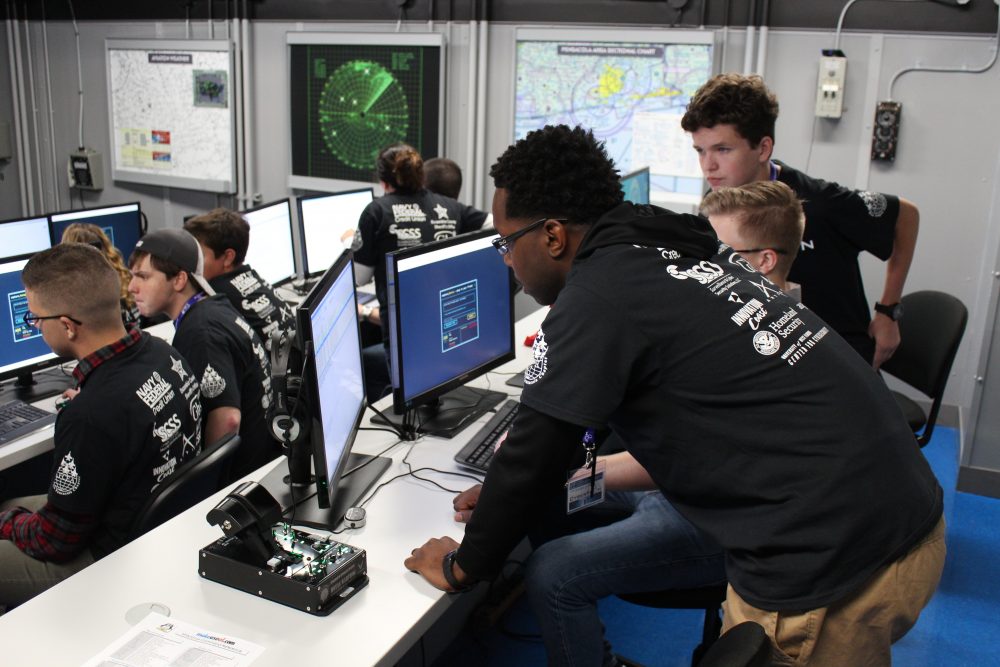 After quadrupling in size to 81 students in 2016, CyberThon attendance and impact nearly doubled again in 2017 with 141 total elementary through college students attending.

New for CyberThon 2017 was a “capture the flag” style gameplay carried out on the FacebookCTF platform customized specifically for this event. Teams worked to win points on the game board while completing challenges on a computer network that included a simulated online financial system.

In the end, however, teams from UWF and Tate High School emerged as winners in the college and high school divisions. Penalty points were assessed for teams that chose to request a hint for specific challenges, and the UWF team, led by Dustin Mink, notably requested no hints and received zero scoring penalties.

The team from George Stone Technical Center was awarded second place in the college division, while a Tate High School team led by Kevin Schmidt took the top spot among high schools while scoring more points overall before penalties than any team in the entire event. Tate High swept both top spots among high schools, with a team led by Michelle Ward claiming second place.