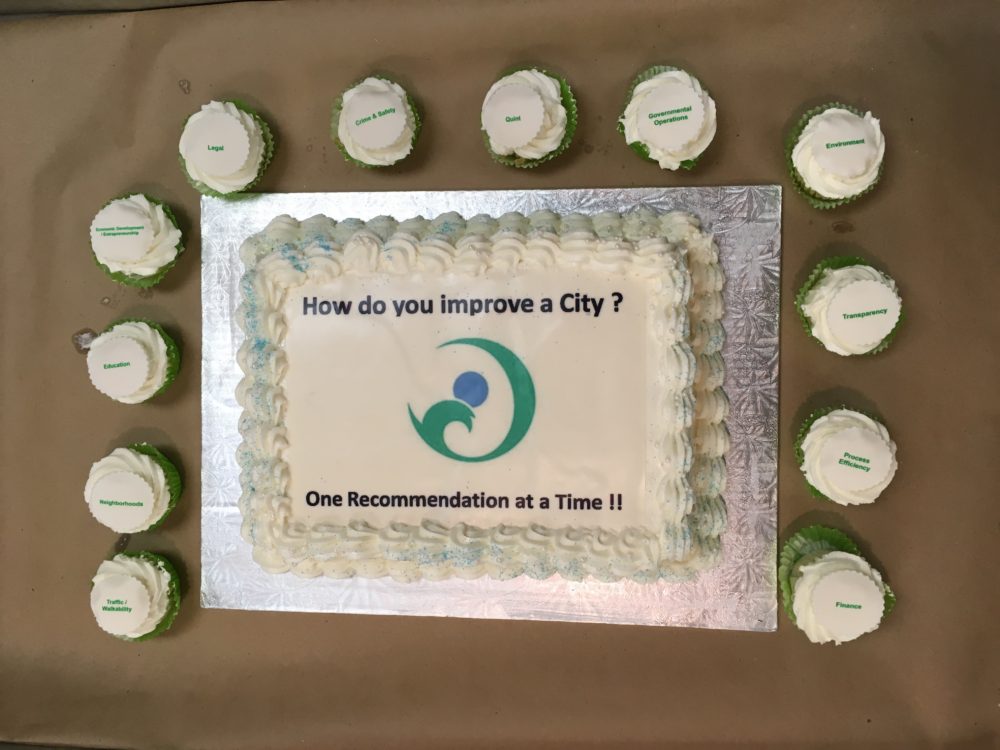 The transition team studying various aspects of the city of Pensacola to prepare a collection of recommendations for Mayor Grover Robinson is in the thick of its work.

Throughout the month of January, each team member is hosting individual public input sessions on their respective field of study, with an eye toward their eventual reports due by March.

“This is a marathon,” team leader Quint Studer cautioned during a Jan. 9 meeting. “You get to that 10 or 11 mile marker and you hit the wall.”

Due to their individual workloads, the team’s weekly meeting had a more relaxed feel than usual. Members reported what they were gleaning from the input sessions, and discussed how best to distill the feedback into their final reports.

“At all these events, participation and audience engagement has been fantastic. That tells me we’re doing something right, that people want to engage with us.”

“At all these events, participation and audience engagement has been fantastic,” said Drew Buchanan, who is looking at walkability, bikeability and traffic issues. “That tells me we’re doing something right, that people want to engage with us.”

Studer noted that the subject of pedestrian concerns seemed to be of great import to many people, and tended to overlap with other areas of study, such as public safety and neighborhoods.

“I think your’s is the one that is broadening the most,” Studer told Buchanan.

The team leader also noted that downtown safety should be a particular area of focus, noting the recent incident on Palafox Street in which a man was arrested after shooting a gun.

To celebrate the transition team’s midway point in its mission, team member Brian Wyer, who is studying economic development issues, had a cake made with the city’s logo on it, as well as individual cupcakes with each team member’s subject written on them.

“How do you tackle this thing? One recommendation at a time.”

Wyer explained that the cake represented the how-do-you-eat-an-elephant philosophy, though in this case ‘elephant’ was replaced with ‘recommendations.’

“How do you tackle this thing? One recommendation at a time,” he said, before presenting the cake. “This is kind of the way, usually, I think of a problem.”

Before plowing into the cake, Mayor Grover Robinson told the team he appreciated the work it was doing. He said that the team’s work was part of a valuable municipal conversation.