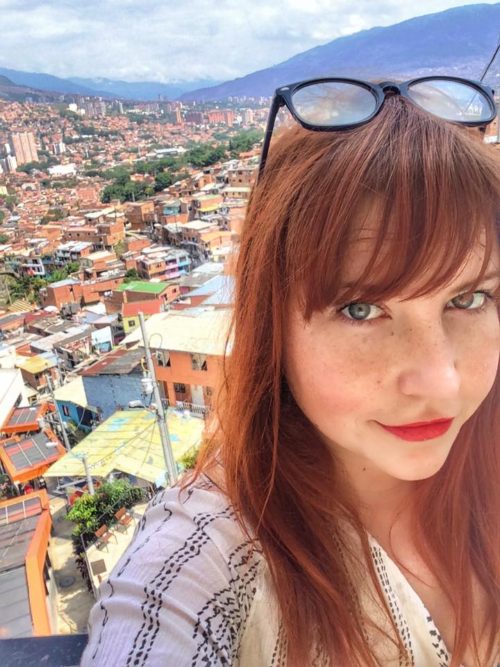 The endowment, which was created in memory of Theriot by her family and the Gulf Coast Citizen Diplomacy Council, will fund a $500 scholarship each year for a student participating in the UWF study abroad program.

“We are honored that Ashley’s friends and family chose to remember her by establishing a lasting legacy at the University of West Florida,” said Dr. Meredith Brunen, interim vice president for university advancement. “It is our privilege to nurture that same adventurous spirit by way of scholarships for UWF students interested in pursuing study abroad opportunities that enliven the educational experience.”

Theriot, a graduate of Pine Forest High School, earned a bachelor’s degree in English literature from the University of Central Florida. After graduation, she joined the Peace Corps and worked in Ukraine for two years before returning to Pensacola where she reported for Inweekly. She also worked with the Gulf Coast Citizen Diplomacy Council, helping to organize and guide international leaders who visited Northwest Florida through U.S. Congressional professional exchanges and the International Visitor Leadership Program of the U.S. Department of State. She brought many of the groups to UWF, her mother’s alma mater.

Theriot later moved to Washington D.C., where she continued her freelance writing and was published by the Travel Channel and Huffington Post, among others. In 2013, she began working as a liaison officer with the International Visitor Leadership Program, guiding foreign visitors nationwide. A fan of adventures, Theriot traveled throughout Europe, East Asia, and Central and South America before she unexpectedly passed away at age 32 due to an undiagnosed arterial dissection.

“Ashley was talented and blessed with an adventuresome spirit,” said Jena Melancon, founder and executive director of the Gulf Coast Citizen Diplomacy Council. “We hope through this scholarship, UWF students will find their inner Ashley through study abroad. I think Ashley would like the idea of other Floridians helping to create a better world by closing the gaps between cultures.”

Preference for the scholarship will be given to students from Escambia, Santa Rosa, Okaloosa and Walton counties. Eligible applicants will have to complete a 500-600-word essay indicating how they will prepare for the differences in culture and academics during their study abroad experience, as well as the steps they will take to build bridges with the host country during and after the program. The recipient will be invited to the Gulf Coast Citizen Diplomacy Council’s annual membership celebration and will be asked to give a community presentation on his or her study abroad experience.