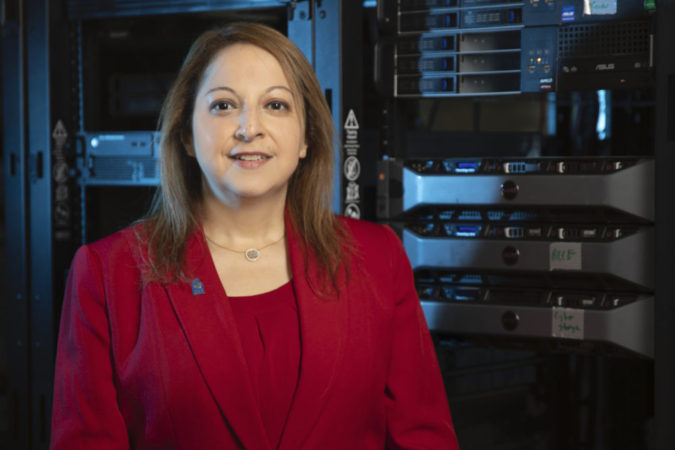 Lieutenant Governor Jeanette Nuñez
Nuñez, of Miami, was elected Lieutenant Governor of Florida in 2018. She previously served as a member of the Florida House of Representatives from 2010 to 2018 and was Speaker Pro Tempore from 2016 to 2018 during which time she chaired the Government Operations and Technology Appropriations Subcommittee. Nuñez earned her bachelor’s degree in political science and international relations and her master’s degree in public administration from Florida International University. Lieutenant Governor Jeanette Nuñez is appointed as chair.

Dr. Eman el-Sheikh
Dr. El-Sheikh, of Gulf Breeze, is the director of the Center for Cybersecurity at the University of West Florida (UWF), as well as a professor of computer science. She leads UWF’s efforts as the NSA/DHS National Center of Academic Excellence Regional Resource Center for the Southeast United States and received several grants to enhance cybersecurity education and training for K12, college and non-traditional students. She earned her bachelor’s degree in computer science from American University in Cairo and her master’s degree and doctorate degree in computer science from Michigan State University.

Ben Miron
Miron, of Palm Beach Gardens, is the senior director of information and cybersecurity at NextEra Energy. He is responsible for building and delivering security capabilities that protect NextEra Energy’s business to ensure power is safely generated and delivered to customers. Previously, Miron was deputy chief information security officer of GE Capital at General Electric until 2016 and was manager at Ernst & Young in their technology, security and risk services section from 2004 until 2009.

Linda Reid
Reid, of Orlando, is vice president of security operations for Walt Disney World Resort. Prior to joining Disney, she worked for the Central Intelligence Agency (CIA) for 18 years. During her time at the CIA, she served as an analyst and operations officer, working on issues ranging from terrorism to cyber intelligence. She earned her bachelor’s degree in english from the University of California, Los Angeles.

Jason Raymond
Raymond, of St. Augustine, is the vice president and chief information security officer for GuideWell and Florida Blue. Previously, he served as vice president and general manager of Astadia, a global technology services firm. He has been a board member of the Northeastern Florida STEM2 hub, which promotes education and training in science, technology, engineering, math and medicine, since 2014. He earned his bachelor’s degree from the University of Central Florida and his master’s degree in business administration and technology management from the University of Phoenix.

Bernard Kelly
Kelly, of Auburndale, recently retired from Publix, a fortune 500 company, as the director of information technology and compliance. Throughout his time with Publix, he held leadership positions including senior system analyst, applications architect and senior information technology manager. He earned his bachelor’s degree in computer science from the University of Central Florida.

Michael Delgado
Delgado, of Miami, is the chief information officer of PartsHawk, an automotive wholesale company. He was previously chief technology officer with Royal Caribbean Cruises, vice president of digital marketing with Celebrity Cruises and senior vice president with Systemax Technology Group. He earned his bachelor’s degree in business administration from Florida International University and his master’s degree in business administration from the University of Miami.

Jeffrey Sturman
Sturman, of Hollywood, is the senior vice president and chief information officer for Memorial Healthcare System. Previously, he was vice president of information technology for Memorial Health System from 2004 until 2012 and was a partner with Cumberland Consulting Group, a healthcare IT firm, from 2012 until 2018. He earned his bachelor’s degree in psychology and chemistry from Indiana University Bloomington and his master’s degree in health service management from the University of Missouri-Columbia.