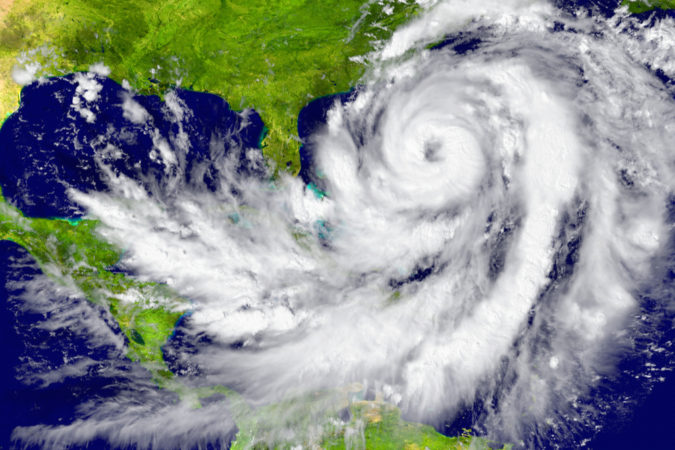 TALLAHASSEE — Less than two weeks after Hurricane Dorian wrecked the Bahamas, a potential tropical cyclone is looming over the island chain.

“As we monitor this depression, our prayers are with the Bahamas as they are impacted by another tropical system,” the Republican governor tweeted Friday morning.

DeSantis also noted that the state and its private-sector partners have “stepped up” to bring aid to the Bahamas, adding that additional relief is in store as the recovery continues.

The governor’s social media post Friday was a departure from his comments earlier in the week, when DeSantis said it was wasn’t the state’s responsibility to orchestrate recovery efforts for the foreign country. The international aid is in the hands of the feds, DeSantis noted.

“The idea that I would overstep the State Department is absurd,” the governor told reporters on Monday.

The same day, DeSantis refused to weigh in on requests by U.S. Sens. Rick Scott and Marco Rubio that President Donald Trump ease visa requirements for citizens on the island.

But DeSantis quickly changed his tune.

Starting on Tuesday, the Florida governor began issuing a number of announcements in concert with private businesses, such as Florida Power & Light and Bass Pro Shops, proclaiming the state’s solidarity with the disaster-stricken Bahamas.

Just months after joining the Florida Supreme Court, Justice Barbara Lagoa and Justice Robert Luck have been picked by Trump to serve on a federal appeals court.

DeSantis’ office said Thursday evening that Trump “demonstrated great judgment in nominating” the Florida justices to the 11th U.S. Circuit Court of Appeals. DeSantis appointed the pair to the Florida Supreme Court shortly after he took office in January.

“I appointed these two justices to the Florida Supreme Court for the demonstrated understanding of the Constitution and the appropriate role of the judiciary,” the governor said in a statement. “They will serve our country well.”

A surge of severe lung injuries that health officials are calling “vaping associated pulmonary injury,” has potentially affected 450 people in 33 states, including Florida.

Five of those injuries have resulted in death as of last week, according to the federal Centers for Disease Control and Prevention.

The Bureau of Tobacco Free Florida told The News Service of Florida on Monday that state health officials have “received several potential reports of illness” and that the Department of Health and the Florida Poison Information Center Network are working with the Centers for Disease Control and Prevention on investigating a multistate outbreak of severe pulmonary disease.

The Department of Health declined to give the precise number of reported cases or disclose where the residents live.

“The consequence of that inaction has led to potential product manipulation and permitted tobacco companies to lure a new generation with (electronic cigarette) advertising and flavors directed at youth,” Jordan said in a statement to the News Service.

“It’s past time for the FDA to do its job and subject these products to a review in order to better understand their potential health impact,” he added.

In the wake of two mass shootings in Texas and Ohio last month, contributions flooded into a political committee seeking to ban possession and sale of assault weapons in Florida, according to a new campaign-finance report filed at the state Division of Elections.

Ban Assault Weapons NOW, the political committee behind the proposed constitutional amendment, drew more than 28,000 contributions totaling $595,000 in August, by far the largest amount in a single month since the committee was launched in March 2018.

The committee is trying to put on the November 2020 ballot a proposed constitutional amendment that would prohibit possession of “semi-automatic rifles and shotguns capable of holding more than 10 rounds of ammunition at once, either in a fixed or detachable magazine, or any other ammunition-feeding device.”

The ballot proposal includes an exception for people who own the guns at the time the measure would take effect. Those people would be able to keep assault weapons if they register the guns with the state.

Last month’s contributions brought the total amount collected by the committee to just over $1.67 million.

STORY OF THE WEEK: Just months after being appointed by Gov. Ron DeSantis to the Florida Supreme Court, Justice Barbara Lagoa and Justice Robert Luck have been picked by President Donald Trump to serve on a federal appeals court.

QUOTE OF THE WEEK: “It’s still very sad, and we do feel like this is the forgotten hurricane.” — State Rep. Jay Trumbull, R-Panama City, referring to ongoing problems Florida Panhandle school districts are facing in the aftermath of Hurricane Michael.