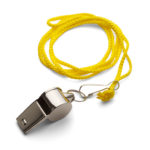 Whistleblowers at a North Florida prison were punished by their bosses after exposing abuse of inmates, including an instance where one guard sprayed noxious chemicals into a prisoner’s mouth, according to an investigation by the state’s Commission on Human Relations.

The Wakulla Correctional Institution case reveals a pattern that has re-emerged in recent months, as the embattled Florida Department of Corrections faces allegations that it has repeatedly ignored inmate abuse — and punished workers for revealing the truth.

The 2011 Commission on Human Relations complaints — along with records of an investigation into corruption and fraud at Wakulla Correctional Institution — describe in detail the risks facing workers who try to shine light on wrongdoing within the beleaguered corrections agency and then nearly always become the subject of scrutiny themselves.

Margaret Summers, a former worker at Wakulla Correctional Institution, and her assistant Anita Nichols were retaliated against for alleging that Megan Dillard, a former captain at the prison, ordered inmates to be attacked and falsified records to justify the use of force, the commission decided.

The Department of Corrections settled the case in 2012, paying $25,000 each — a total of $100,000 — to Summers, Nichols and two former guards, Stephen Glover and Irenie Zurita, who were witnesses in their cases.

“Punishment for disclosing wrongdoing is part of the culture within (the Department of Corrections). Any disclosures that go against respondent and staff are likely to be met with hostility and retaliation,” Commission on Human Relations senior attorney David Organes wrote in a fact-finding report in Nichols’ case on Dec. 20, 2011. “Disclosures of wrongdoing that eventually lead to internal investigations and criminal prosecution of high ranking staff can make retaliation even more likely to occur, and can involve retribution from higher ranking staff. Within (the department), whether a disclosure is considered protected or unprotected, retaliation is almost always certain.”

Summers, now an investigator at the agency’s inspector general office, said attitudes toward whistleblowers haven’t changed in the three years since she was targeted by her superiors at the Wakulla institution after questioning an incident involving Dillard, at least four other guards and 10 inmates in 2011.

“The average Joe, they can’t come forward. They can’t. Not only will they lose their living, they’ll be set up. They’ll be framed. They’ll be in danger. They could have an inmate go after that officer, and then when it goes out on the radio to respond, nobody comes,” Summers told The News Service of Florida. “For them, the decision to do the right thing is not as simple as right and wrong. It is, am I going to go home at the end of the day? Am I going to have a job to feed my family?”

Department of Corrections Secretary Mike Crews, at the end of a summer-long crusade to clean up his embattled agency in the wake of reports of inmate abuse and corruption, admitted that Summers was treated unfairly.

But he strongly objected to Organes’ characterization of a retaliatory ethos within the department.

“I think that’s totally unfair to categorize every institution and our culture based on what you see in one, two or three cases,” Crews told The News Service of Florida on Tuesday. “It’s not unlike what we’ve seen happen in the last two-and-a-half months where you have people who want to categorize everybody who works in this department for the actions of a few people.”

Crews took over as assistant secretary shortly before Summers and her cohorts settled with the department. Crews said he personally apologized to Summers, who worked as a disciplinary-report coordinator at the North Florida institution when she said she discovered that Dillard and a group of guards lied about the gassing of inmate Joshua Pullum and abuse of other prisoners.

Dillard allegedly ordered a group of guards to randomly select about a dozen inmates — whom she later accused of trying to rape her — and retaliate against them after an unknown prisoner insulted her in March 2011, according to a Department of Corrections investigation. Former guard Andrew Gazapian allegedly emptied a can of chemicals in Pullum’s mouth, claiming that the spray was justified because the prisoner bit him. A medical examination later revealed that Gazapian bit himself. Dillard, Gazapian and two other guards were arrested for their roles in Pullum’s abuse, and Dillard was also charged with official misconduct for falsifying use of force reports. Dillard and Gazapian are awaiting trial.

After she questioned Dillard’s account of what happened, Summers said her superiors at the prison tried to have her transferred out of the institution. She said those efforts were thwarted because Summers gave her findings to the inspector general’s office, which opened an investigation.

Summers said she was instead transferred from her job reviewing records and ordered to supervise inmates, a potentially dangerous task because she lacked the cooperation of many of her co-workers. She said she was warned “not to irritate her superiors,” that incident reports she submitted were never filed, and that she was repeatedly written up for disciplinary infractions that never occurred. Summers said she eventually took a six-month leave of absence after senior staff at the prison and at the department pressured her to drop the investigation.

In her complaint, Nichols said she was continuously harassed by her co-workers and superiors at the facility about 20 miles from Tallahassee and that “there was hardly a day where she was not targeted for some minor infraction and written up.” Nichols said she was the last to receive her equipment when arriving to work. She said she was not allowed to go to the bathroom without an escort. She lost her computer privileges, her requests to review video footage were denied and she was singled out for having “multi-colored” hair although other workers were not, according to the complaint.

The retaliation did not stop after hours.

The home and car of Glover and Zurita, who lived together, were vandalized. Their dogs were kidnapped and returned a week later — injured, according to Summers.

Harming or killing pets, leaving dead animals in mail boxes, and breaking into homes and vehicles are common examples of retribution against prison workers who tell on their colleagues, according to Summers and other DOC investigators.

During recent visits to each of the state’s prisons, the secretary encouraged staff to come forward and report wrongdoing.

But a lawyer representing four whistleblowers now under investigation by the agency disagreed.

“It hasn’t changed at all. In fact, it’s getting worse. It’s clearly a pattern of practice. You can cut the head of the snake off but it doesn’t do anything. They can change secretaries of the department, but they’ll never change the culture,” said Steve Andrews, a lawyer representing four Department of Corrections investigators who filed a lawsuit this summer against Crews, Gov. Rick Scott’s Chief Inspector General Melinda Miguel and others.

The suit alleges that the four investigators bringing the claim — Aubrey Land, David Clark, Doug Glisson and John Ulm — have faced retaliation for raising questions about the investigation into the death of inmate Randall Jordan-Aparo, who died two years ago after being gassed by guards. Miguel refused to grant the investigators whistleblower protections after they exposed an alleged cover-up involving Jordan-Aparo’s death at Franklin Correctional Institution. The four whistleblowers, who work for the Department of Corrections inspector general, are currently under investigation.

Crews said the whistleblowers came under scrutiny based on complaints from outside the agency. The investigations were launched after a guard linked with covering up Jordan-Aparo’s death threatened to sue the department.

“At the end of the day, they’ve taken action that they feel is in their best interest and appropriate. I respect that. There’s a process to go through to resolve that,” he said.”If we get to a point where there’s credible evidence and information that shows that they were in fact retaliated against or were treated disparagingly because of what they were doing in their minds, which was the right thing, then we’ll deal with those issues when we reach that point.”

Crews has made cleaning up the agency a top priority in the wake of reports by The Miami Herald this spring about the death of Darren Rainey, a mentally ill inmate at Dade Correctional Institution who died after guards allegedly forced him to shower in scalding hot water as punishment two years ago. State and federal officials are investigating inmate deaths and corruption at numerous prisons.

Crews has fired dozens of prison workers, established a “zero tolerance” policy for abuse and launched a website with limited information about the inmates who have died while incarcerated since 2000.

But convincing guards in the close-knit prison community that it is safe to snitch on their peers will take time, Crews acknowledged.

“I think the way that we finally start to get over this a little bit is that when people are willing to stand up and do the right thing is to make sure those people understand that they’re not going to be retaliated against. … Those are the kind of people, honestly, we need to be publicly recognizing for doing the right things,” he said. “What I can’t promise them is that if they’re willing to do that is that that’s going to make people like them or there’s not going to be instances where people are going to be ostracized. But I will promise them … that they don’t ever have to fear about retaliation or loss of their jobs or those types of things from this administration if they’re trying to do the right thing. And if we find out that we’ve got people out there intentionally doing those things and retaliating against them, then there will be consequences for those people, too, if we can prove that that happened.”