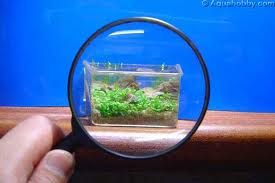 After the daily newspaper revealed that Aquarium for Pensacola didn’t have the letters of support from elected officials as it claimed and couldn’t prove that it had 70,000 petition signatures, I asked the group’s founder William Young III to provide the list of pledges he had to pay the $50,000 needed for the feasibility study.

His reply: “To protect the privacy of donors, we are not able to release their names.”

My response was: “What proof is there that you have any pledges? You have asked a government agency to delay the demolition of the plant based on having letters of support, 70,000 petitions and $50,000 in pledges. You don’t have the letters, couldn’t prove the 70,000 signatures….why should we believe you have the $50,000 in pledges? This involves public property. I’m not trying to be an ass, but the public has a right to know who your donors are. You are in the public arena and need to be transparent.”

As I wrote earlier, I can’t believe ECUA staff didn’t require him to provide proof he had the necessary $50,000 for the study.