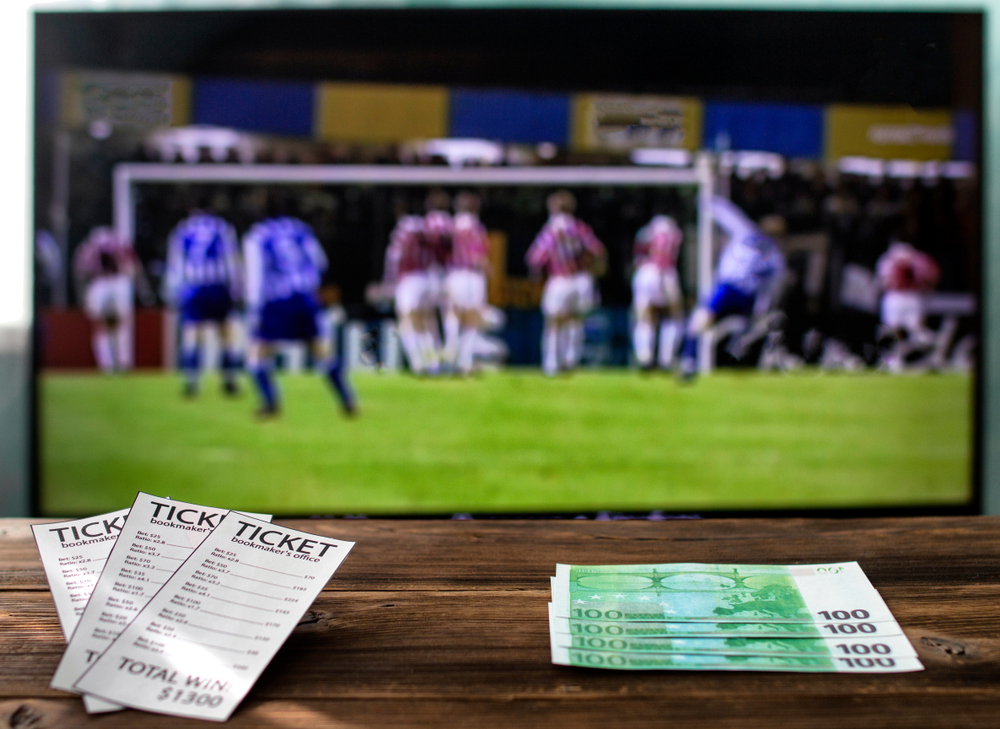 But the twist on what are known as “prop” bets is part of the discussion about sports gambling as Florida’s 60-day legislative session snaps into action.

“In-play” wagering is likely a long shot, but it’s part of the debate as lawmakers mull whether Florida should join eight states that have legalized sports betting. More than two-dozen other states are considering proposals to authorize the popular games. The wave of legislation follows a May U.S. Supreme Court ruling that said a federal ban on state-sanctioned sports betting is unconstitutional.

Senate President Bill Galvano, a Bradenton Republican who’s more familiar with Florida’s byzantine gambling laws than any other legislator, has named sports betting as one of his priorities.

“It’s an activity that’s taking place presently, and if we can regulate it properly and have dollars come in, then we should do that,” Galvano told The News Service of Florida during a recent interview.

For years, professional sports leagues vehemently opposed sports betting. But following the Supreme Court decision, some of the leagues are pushing for measures that could score billions of dollars in revenue for professional sports.

“That’s a fundamental shift, where you see the leagues basically saying, ‘Yes, it’s here. We have to deal with it. Let’s make sure our product is protected and that states like Florida adopt best practices.’ And that’s what we’re hoping for,” said Brian Ballard, a lobbyist whose clients include Major League Baseball, the National Basketball Association, the PGA Tour, DraftKings and FanDuel.

Galvano is exploring different ways that sports betting is occurring and examining issues such as whether bettors would have to use smart-phone apps or could place wagers at kiosks or windows.

“My idea would be to conduct it in a way that it would render some equity and benefit to existing pari-mutuels that have had a relationship with the state for years and years,” Galvano, a lawyer, said.

Proposition, or “prop,” betting allows players to place wagers on events that don’t directly involve a game’s outcome, such as the number of putts a golfer might take on a particular hole.

“I’ve heard all kinds of different feedback, that prop betting is a very profitable way of doing it (sports betting),” Galvano, whose father was a golf pro, said.

Prop bets have made golf “one of the most profitable sports-betting sports there is,” he said.

On the negative side, prop bets are “the most risky” because, for example, a player could be winning a golf tournament by seven shots and then miss a putt.

“I’m not calling anyone out, but that’s where the concern is,” Galvano said.

Under the sports betting talks taking place in the Capitol, bettors at stadiums or sports events could use apps to make in-game wagers. The apps would be “geo-fenced” and would only work where the games are being held. Betting operators could pay sports leagues a small percentage of the amount wagered on their contests. And pari-mutuel facilities would be able to operate sports books.

Despite the backing of the Senate president, reaching consensus on a perennially elusive gambling bill before the session ends May 3 remains a crap shoot.

Lawmakers have to deal with the constraints of a constitutional amendment, approved in November, giving voters the “exclusive right to decide whether to authorize casino gambling” in the state, something that in the past has largely been controlled by the Legislature.

The state’s dog and horse tracks and jai alai frontons want a seat at the sports-betting table.

Also at stake: nearly $350 million in annual payments from the Seminole Tribe of Florida.

Galvano was the chief negotiator on a deal, known as a “compact,” between the Seminoles and the state that’s reaped Florida more than $2.2 billion since it was signed in 2010.

A key provision of the compact that gave the tribe the “exclusive” rights to offer banked card games, such as blackjack, expired five years ago.

Siding with the Seminoles, a federal judge ruled in 2016 that what are known as “designated player” games offered by numerous pari-mutuel facilities throughout the state breached the tribe’s exclusivity over the banked card games. Under a deal with former Gov. Rick Scott, the tribe has continued to make payments to the state.

But that agreement expires at the end of May, jeopardizing payments from the Seminoles, who are “losing patience” about the way designated player games are being conducted, according to their lawyer, Barry Richard.

“There’s no question, based upon the federal decision, that the pari-mutuels are currently infringing on the state’s compact guaranteed exclusivity, and they’re doing it very openly,” Richard told the News Service recently. “Either the governor or the Legislature’s got to shut down those games because the tribe’s not going to keep paying. That’s what they’re paying for, is exclusivity.”

Richard said he hopes a new administration, led by Gov. Ron DeSantis, and new legislative leaders — Galvano and House Speaker José Oliva, R-Miami Lakes — are “going to resolve all of this” during the 2019 session.

Nailing down a new compact with the tribe is “step one” of any gambling deal, Galvano said, and something he wants to accomplish during his two-year tenure as president.

“The cornerstone of anything gaming right now is to achieve stability with the Seminole Tribe,” Galvano said during a lengthy pre-session interview. “We are in a position where the tribe does not believe it has a legal obligation to continue to pay but it pays out of good faith, and we can argue that, but we are hamstrung to a certain degree because of the prior settlements entered into by the prior administration.”

A “reset” of the compact will have to include “certain parameters as to what can exist in the pari-mutuel world,” Galvano said, referring to the controversial designated player games.

In addition to the card games, Florida pari-mutuel operators also are banking on sports betting, which is “incredibly popular” right now, according to Nick Iarossi, a lobbyist whose clients include Melbourne Greyhound Park and Jacksonville Greyhound Racing.

In-person sports betting at the state’s tracks and frontons “will drive additional foot traffic” and allow operators to make bigger capital investments in their facilities, he said.

Meanwhile, Galvano and backers of the constitutional amendment, largely bankrolled by the Seminoles and Disney Worldwide Services Inc., are at odds over whether the Legislature even has the power to deal with sports betting.

But John Sowinski, campaign manager of the political committee that backed the constitutional amendment, strongly disagreed.

The constitutional amendment “requires a vote by citizens initiative” for “casino gambling” to be authorized in Florida. “Casino gambling” is defined as “any of the type of games typically found in casinos” and that are defined as “Class III gaming” under federal law. Class III games include slots, blackjack, craps and roulette.

While sports betting isn’t specifically mentioned in the amendment, Sowinski is among those who believe it falls under the casino gambling definition, a position some gambling experts dispute.

With Galvano at the helm, proponents like Ballard and Iarossi remain upbeat.

“It’s always tough to pass a gaming bill,” Ballard acknowledged. “However, the stars do seem to be aligned this session. I would say the prospects of gaming legislation moving this year are probably the best they’ve been in the past 10 years.”