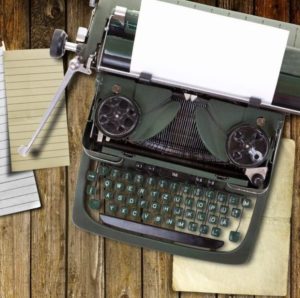 Mi-Ai Parrish, president of The Arizona Republic and Republic Media, wrote this editorial in response to the threats her staff has received since the newspaper announced its endorsement of Hillary Clinton.

How do we respond to threats after our endorsement
published Oct. 17, 2016

The endorsement question we faced

More than a year ago, The Republicâ€™s editorial board began taking a stand against the actions and positioning of Donald Trump. In piece after piece, we made it clear that his principles werenâ€™t conservative. They were bad for the party, bad for Arizona, dangerous for America.

But in its more than 125 years, The Republic had never endorsed a Democrat for president. So, over the many months of the campaign, we found ourselves with this question: Endorse no one, or endorse a Democrat for the first time in our history?

We made our choice soberly. We knew it would be unpopular with many people. We knew that, although we had clearly stated our objections to Trump, it would be a big deal for a conservative editorial board in a conservative state to break ranks from the party.

We chose patriotism over party. We endorsed the Democrat.

So, what is the response?

I’ve thought about those responses a lot. Today, I offer you a few.

First, to those who called

To the anonymous caller who invoked the name of Don Bolles â€” heâ€™s the Republic reporter who was assassinated by a car bomb 40 years ago â€” and threatened that more of our reporters would be blown up because of the endorsement, I give you Kimberly. She is the young woman who answered the phone when you called. She sat in my office and calmly told three Phoenix police detectives what you had said. She told them that later, she walked to church and prayed for you. Prayed for patience, for forgiveness. Kimberly knows free speech requires compassion.

To those who said we should be shut down, burned down, who said they hoped we would cease to exist under a new presidential administration, I give you Nicole. She is our editor who directs the news staff, independent of our endorsements. After your threats, Nicole put on her press badge and walked with her reporters and photographers into the latest Donald Trump rally in Prescott Valley, Ariz. She stood as Trump encouraged his followers to heckle and boo and bully journalists. Then she came back to the newsroom to ensure our coverage was fair. Nicole knows free speech requires an open debate.

To those of you who have said that someone who disagrees with you deserves to be punished, I give you Phil. Our editorial page editor is a lifelong Republican, a conservative and a patriot. He was an early voice of reason, arguing calmly that Donald Trump didn’t represent the values of the party he loves. Phil understands that free speech sometimes requires bravery.

To those of you who have spit on, threatened with violence, screamed at and bullied the young people going door-to-door selling subscriptions, I give you those dozens of young men and women themselves. Many sell subscriptions to work their way through school. Most were too frightened to share even their first names here. But they are still on the job. They know that free speech is part of a society that values hard work and equal opportunity.

To those of you who have called us hacks and losers with no purpose, and that we are un-American, I give you Dennis. He is the investigative reporter who first revealed the despicable mistreatment of our veterans at the VA hospital. His work triggered comprehensive debate and, one hopes, lasting change. He and others on his team have been hailed as heroes by veteransâ€™ families across the country. Dennis knows that free speech is sometimes the only way to hold the powerful accountable.

To those of you who have invoked the name of longtime publisher Gene Pulliam, saying he is spinning in his grave, I give you his wife, Nina. After reporter Don Bolles was targeted by a bomber for doing his job, Nina Pulliam wept at his hospital bed. He died there slowly over 12 days. The Pulliams understood that free speech, and a free press, come at a cost.

Then, of course, there are the threats against the publisher today.

Next, a personal word

To those of you who have said Jesus will judge me, that you hope I burn in hell, that non-Christians should be kept out of our country, I give you my pastor grandfather. He was imprisoned and tortured for being a Christian, and suffered the murder of his best friend for also refusing to deny Christ. He taught all that freedom of religion is a fragile and precious thing.

Much as my grandfather taught, I also know there are a lot of things worth standing up for.

To those of you who said we should go live with the immigrants we love so much, and who threatened violence against people who look or speak a different way, I give you Jobe Couch.

He was the Army cultural attache and Alabama professor who sponsored my aunts and my mother when they arrived in America from Korea after World War II. There are dozens of descendants of his kindness. Citizens with college degrees, a dentist, lawyers, engineers, pastors, teachers, business owners, a Marine, a publisher and more. Uncle Jobe stood for the power of America as a melting pot. He taught me that one kind man can make a difference.

To all the other people who we heard from, who thanked us for our courage and our bravery, or who were bold enough to disagree with us on principle â€” the people who didnâ€™t threaten to bomb our homes or harm our families â€” I have something for you, too. To you, I give my gratitude. Iâ€™m grateful that you stood up to say that we live in a better world when we exchange ideas freely, fairly, without fear.

To all of you who asked why we endorsed â€” or what right we had to do so â€” I give you my mother. She grew up under an occupying dictatorship, with no right to an education, no free press, no freedom of religion, no freedom to assemble peaceably, no right to vote. No right to free speech. She raised a journalist who understood not to take these rights for granted.

Don Bolles and Nina Pulliam are gone now, and Uncle Jobe is, too.

But the journalists I introduced you to here walk into the newsroom every day to do their jobs.

When they do, they pass by an inscription that fills an entire wall, floor to ceiling. It is 45 words long. It is an idea that is in my thoughts a lot these days.

It is the First Amendment.

In Pensacola, Inweekly recently has come under attack by Mayor Ashton Hayward and his surrogates for daring to seek public records—records that all ofÂ us have the right to see.

Their goal has been to discourage and harass any attempt to understand how the Hayward Administration operates.

They seek to pressure the newspaper toÂ stop asking for information.

They will be sadly disappointed.