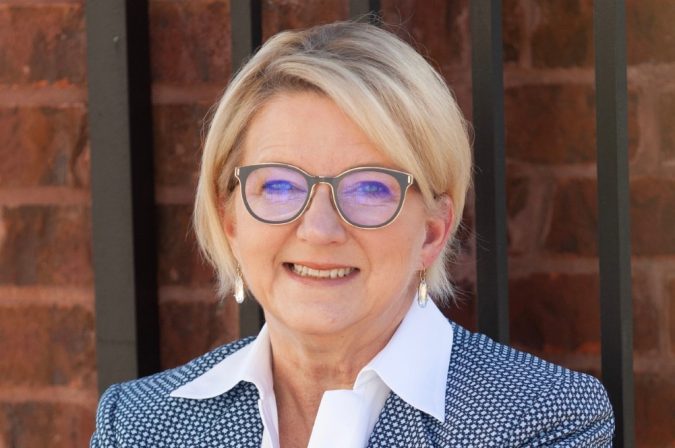 Autism Pensacola Inc. (API) Board of Directors is pleased to announce the selection of Mary Donovan McClellan as its incoming Executive Director. McClellan began in her new role on March 8, and is responsible for fundraising, donor stewardship, community engagement, and campaign development, as well as managing the general day-to-day operations of the organization.

McClellan is a Pensacola native and a graduate of Pensacola Catholic High School. She lived in Tallahassee for 18 years until returning to her hometown with her husband and three children in 2003. She attended the University of West Florida where she earned her Communication Arts B.A. degree. McClellan and her husband, Jim, worked together for nine years providing public relations, marketing, corporate event planning, content writing, and nonprofit fundraising services, after which she continued offering those same services as a sole proprietor.

In 1995, McClellan was first introduced to charitable outreach when her son was born and – at 18 hours old – was flown to Shands Hospital in Gainesville, Fla. As parents to a newborn in a critical health crisis, she and her husband were blessed with the opportunity to stay at the Ronald McDonald House across the street. After that time, her passion for nonprofit work grew as she journeyed along the paths of being a volunteer, donor, mentor, board member, and in recent years, as a nonprofit staff member.

“Experiencing the nonprofit world through so many different lenses has really helped me when relating to donors and volunteers, promoting awareness through community engagement opportunities, offering compassion to people in need, and simply expressing appreciation to those who give their time, talent, and treasure for the benefit of others,” said McClellan. “Understanding all of that goes a long, long way when cultivating the necessary resources to sustain and expand API’s vital programs and services, as well as help families navigate the maze of information available to them.”

Mallory Studer, API board chair had this to say about the selection of McClellan for the Executive Director Position. “The board of directors is thrilled to welcome Mary. We are grateful she accepted the position and cannot think of a more qualified candidate. Her passion for our community, experience in the nonprofit world and leadership skills are exactly what the organization needed.”

Autism Pensacola was established in 2002 by a select group of parent and community members – Susan Byram, Jacqui O’Connell, Marilyn Irby, and Dr. Ben Renfroe – who worked tirelessly to promote awareness, advocacy, and education of autism and those affected by it. Byram was the organization’s Executive Director until her retirement in 2018 and has continued to serve as API’s organizational consultant.

For more information about Autism Pensacola, its mission, or the services, programs, and resources it offers, visit the website at www.autismpensacola.org