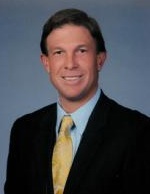 While Escambia County Commissioner Steven Barry said today that he welcomes a conversation regarding the recent offer from Sheriff David Morgan to retain operations of the county jail until 2014, he’s not sure such conversation will divert the county off its current track.

“I’m open-minded to discussing it,” Barry said. “I don’t know if there’s going to be a tremendous appetite for a lengthy discussion.”

The Escambia County Commission decided recently to take over operation of the county jail. It did so in the context of Sheriff Morgan’s budgetary request and a mandate from the U.S. Department of Justice to address a variety of concerns—such as understaffing and mental health services issues—at the facility.

Interim County Administrator George Touart is assuring the commission that he can appease the DOJ and pull off the jail transfer for $2.6 million or less. The sheriff contends that’s unrealistic.

Firm numbers have yet to materialize insofar as the costs involved with the transfer, but county staff is currently working toward the transition; the county is set to take over the jail at the start of the new fiscal year, in October.

This week, Morgan offered to retain control of the facility for an additional year for $2.6 million. He has said the money would be used to hire four or five mental health professionals and about 40 correctional officers, in an effort to begin addressing the DOJ concerns.

In making the offer, the sheriff also cited the commission’s recent decision to bar Touart from applying for the permanent county administrator position. Morgan has said he would consider reentering negotiations once a permanent administrator was secured next year.

Barry said that he was under the impression that the jail transfer was going according to  plan and schedule, and wanted to speak with the county budget director, attorney and Clerk of Court Pam Childers about the process during this week’s commission meeting.

“I understand thirdhand that it’s going well,” Barry said, “but I want to hear that in an open setting.”

The commission begins Thursday with a 9 a.m. agenda work session, then conducts a public forum at 4:30 p.m. and regular meeting at 5:30 p.m. All meetings are held at the county’s Palafox complex.