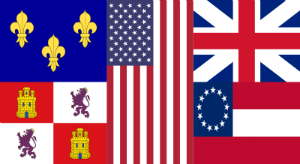 The battle over the Confederate flag continues today at Escambia Board of County Commissioners.

On the agenda is an item for the county to remove all flags from county grounds except for the U.S. and Florida state flags. This is what the BCC passed last December, but the board voted in March to fly whatever flags the city of Pensacola flies in its five-flag displays.

The BCC has four options:

1) Do nothing. The Confederate flag stays down, unless the mayor changes his mind or the Pensacola City Council votes to return it to the displays. This shifts the political fight to the city of Pensacola.

3) Do away with the five-flag displays on county property. Only fly the U.S. and state flags…after all Escambia has never been called “The County of Five Flags.”

4) Vote to return the Confederate flag to the five-flag display. The city and county will fly different flags…which they had done for about 14 years until the December vote.