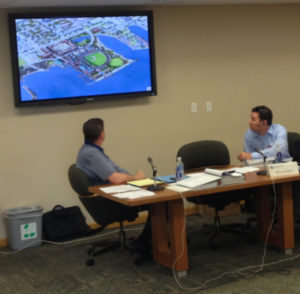 Parcel one will be on the table tomorrow morning during a Community Maritime Park Associates negotiation meeting. The meeting will consist of representatives from the city and the CMPA sitting down with the Beck Property Company to discuss the possibility of a three-story, 18,000-square foot project at the park.

Beck approached the CMPA last month about building a multi-use project on parcel one. The property company’s offices would be on the second floor, while retail would be located on the first, and residential units on the third. The development would provide onsite parking.

The negotiation, which is open to the public, begins at 9 a.m. tomorrow at Pensacola City Hall.