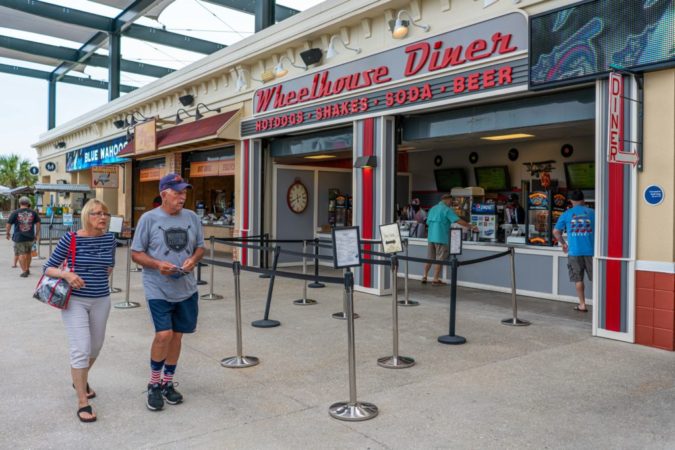 PENSACOLA: Ballpark Digest has selected Blue Wahoos Concessions as the winners of its Best New Concessions Experience and Best New Food Items honors. The annual Ballpark Digest Awards consider nominations from all baseball stadiums in the country at all levels, including Major League, Minor League, collegiate, and independent leagues.

Competing against ballparks across America, Pensacola’s renovations were chosen as the Best New Concessions Experience in the country by Ballpark Digest, taking home an award that was won in 2018 by the Blue Wahoos’ Major League affiliate, the Minnesota Twins, for their new Bat & Barrel Restaurant experience at Target Field.

“The award is a terrific honor,” said team president Jonathan Griffith. “We made a significant investment in our ballpark in the off-season to help us deliver an unforgettable experience to every fan that passes through our gates. Having RS3 join our team to help completely re-imagine our concessions experience was a significant part of that investment and was invaluable to providing affordable, family fun at every game and event at Blue Wahoos Stadium.”

Adding to their improved concessions experience, the Blue Wahoos brought back popular local chef Travis Wilson to Blue Wahoos Stadium in 2019 and tasked him with developing a unique standout food item for Pensacola fans. 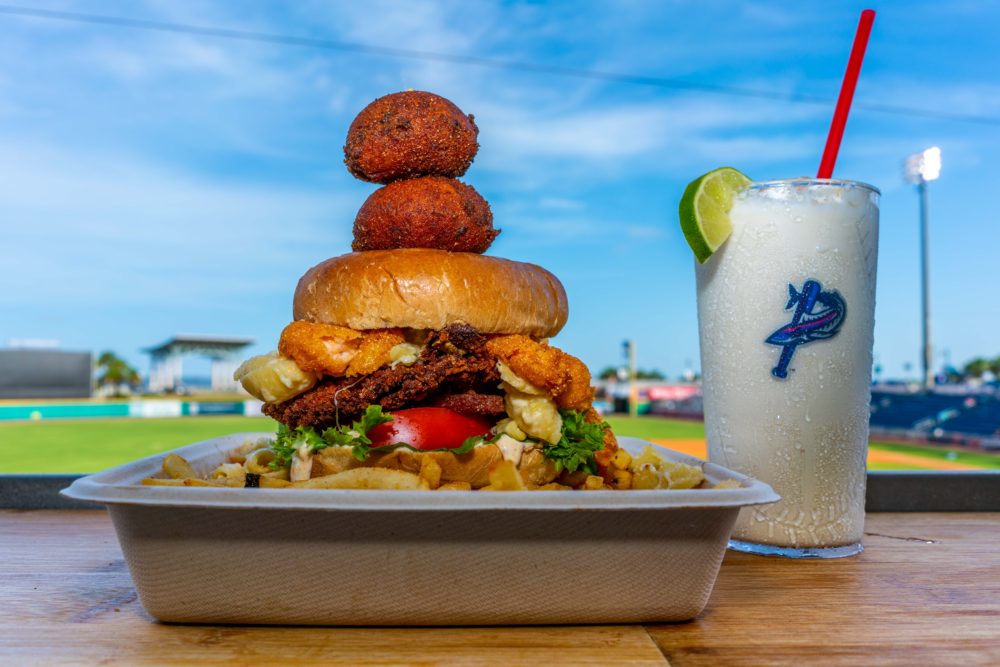 The result, Chef Wilson’s creation “Crabzilla”, a monster sandwich featuring a full soft shell crab, crab remoulade, pork belly, parmesan crab mac & cheese, fried shrimp, a crab pup, lettuce, tomato, and a heaping portion of crab fries, was so popular with fans that the team set up online ordering for the meal allowing fans to place their order before heading to the ballpark. Alongside their announcement of the Best New Concessions Experience Award, Ballpark Digest named Crabzilla as America’s Best New Food Item.

“We sat down with our food services and brainstormed a food item that combined all of our favorites into one unbeatable package,” Griffith said. “Chef Travis brought our ideas to life to tie fan favorite foods into Pensacola’s seafood culture. If you haven’t tried it, come hungry, it’s an awesome product.”