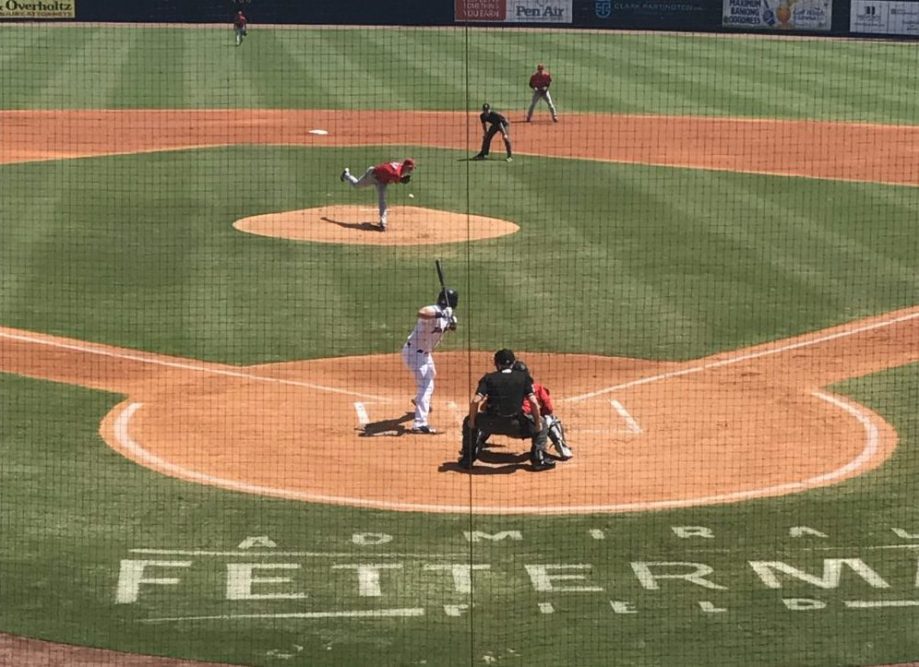 Pensacola nabs Woman of Excellence Award, Groundskeeper of the Year, Trainer of the Year and Sports Media Award.

The Southern League of Professional Baseball Clubs has announced the Pensacola Blue Wahoos winners of the Community Service Award. The Blue Wahoos racked up four individual awards including the Woman of Excellence Award, Groundskeeper of the Year, Trainer of the Year and Sports Media Award.

In conjunction with the Studer Community Institute, the Blue Wahoos have ignited a fire within the community to help raise awareness about the importance of Early Childhood Education. By improving early childhood education, we hope to move in a positive direction the metrics for graduation rates, a reduction in crime and juvenile delinquency, an improvement in the number of families living below the poverty line, and attracting employers to Pensacola. The Blue Wahoos’ Community Relations team are helping with early childhood education by providing schools with a Blue Wahoos-focused program, “Kazoo’s Grand Slam Reading Program,” which includes kick-off or “launch” parties wherein Kazoo and our Flight Squad (entertainment group) visit elementary schools and perform “Kazoo Makes the Team.” Once classes have fully-participated in the reading requirements of “Kazoo’s Grand Slam Reading Program,” they are entered in a raffle to win a trip for their class to a Blue Wahoos game. Year over year, participation in our reading program continues to grow.

To further support its commitment to Early Childhood Education, the Blue Wahoos provide an in-stadium fun fact test that asks children to identify colors, numbers, traits and characteristics of the Blue Wahoos and our stadium. Children complete the test and return with it to Fan Assistance where they are rewarded with a Blue Wahoos promotional giveaway item of their choice.

Ray Sayre, Director of Sports Turf Management for the Blue Wahoos, is this year’s Groundskeeper of the Year, as selected by the league’s field managers and umpires. This is the fifth consecutive year Sayre has won this award. Sayre has been with the Wahoos since the team’s inaugural season. Growing up in Lexington, Kentucky, he began his turf career working on the athletic fields for the University of Kentucky. Before making the move to Pensacola, Sayre worked for several minor league teams including the Louisville Bats, the Greenville Drive and the Bowling Green Hotrods.

Donna Kirby, Vice President of Operations, is this year’s Woman of Excellence Award Winner. Kirby has been a leader with the Blue Wahoos since our inaugural season and has been instrumental in putting Pensacola on the map as leaders in the field of exemplary customer service. Kirby’s core responsibility is to create an environment focused strongly on extraordinary customer service. As a direct result of Kirby’s work with customer service, representatives from local companies, universities newspapers and other baseball teams all wanted to learn how to take their organizations to the next level with customer service.

Bill Vilona, Senior Sports Columnist at the Pensacola News Journal, is honored with the Southern League’s Sports Media Award. Covering the team since the inaugural season, Vilona has covered games, practices, events and offseason activities. Vilona continues to go over and beyond in his coverage by producing positive off-the-field stories to show the positive impact of the Blue Wahoos. Vilona was inducted to the Pensacola Sports Hall of Fame in 2015 as one of only three media members inducted in the hall. He was also inducted into the 2016-17 University of West Florida Athletics Hall of Fame.