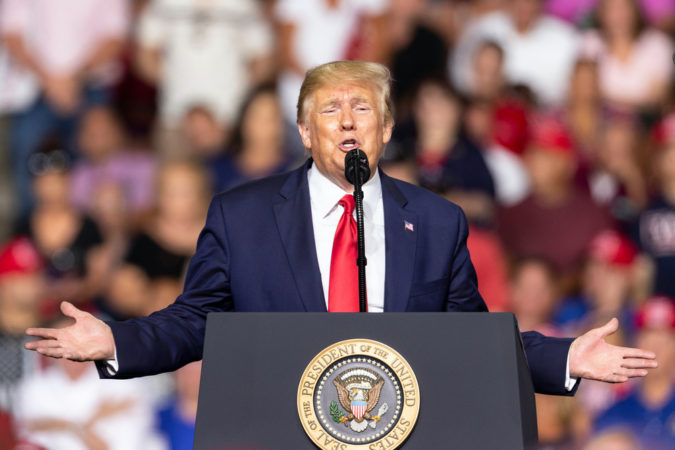 “Of course, he wants to testify because he did nothing wrong. But do I think it is likely he is going to testify? Probably not,” Bondi said during an interview on the “CBS This Morning” show. “They are telling him to come in and prove your innocence. Is this the system in which we live now?”

Bondi said the House Intelligence Committee, which is holding hearings as part of the impeachment inquiry, is a “sham court.” At the center of the inquiry is a question of whether Trump tied military aid to Ukraine with digging up dirt on Democratic presidential candidate Joe Biden ahead of the 2020 presidential election.

The White House this month named Bondi as a special adviser to the president. In that role, she is expected to make national television appearances to defend the president, who she has long supported.

Aw shucks, Trump under oath being questioned would have broken all viewing records.