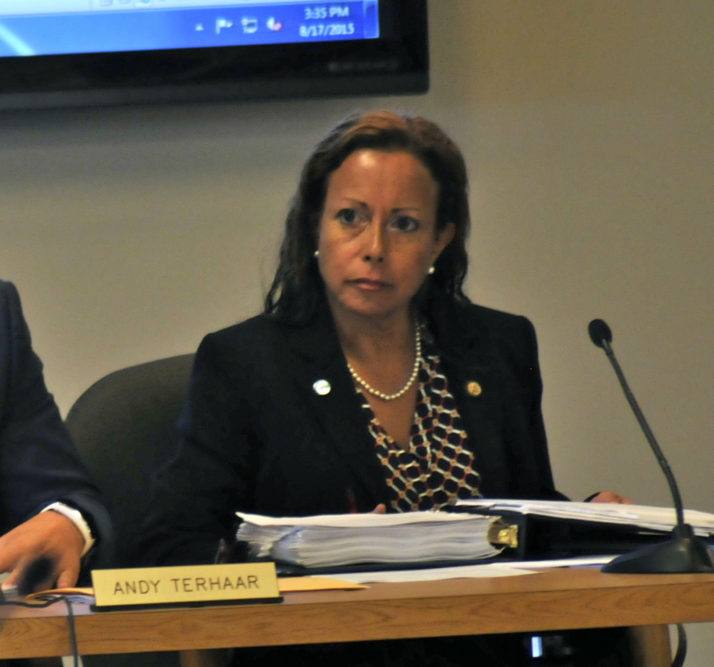 City Attorney Lysia Bowling is fighting Councilwoman Sherri Myers’ effort to put in stricter controls over the city’s outside legal contracts. Myers wants no more open-ended contracts with lawyers and law firms; each separate legal issue should require a separate contract; and an estimated amount of cost exceeding $50,000.00 would have to come before city council.

Bowling sent the City Council a email, which she claims “ensures control, accountability and greater transparency in expenditures of funds for outside legal services.”

Sadly, the email contains a bunch of words that actually prove the opposite. She spends several paragraphs to reiterated the quarterly reporting of totals paid each outside law firm that CFO Dick Barker established the summer of 2014, a year before Bowling was hired. It should be noted that the council and public are not given the quarterly reports until two months after the quarterly period ended. Barker delivered the March 31, 2017 report in this week’s agenda packet.

The three “controls” Bowling lists aren’t really. The Florida Bar requires the firms have contracts. Her review and approval of invoices for services already rendered isn’t much of a control for her office. The quarterly reports were already in place before she was hired.

What should be the controls?

1) Specific policies and procedures for hiring outside law firms – which call for getting proposals from several qualified firms and establishing a scoring sheet for selection.
2) The contracts should list the specific cases, projects and research to be done by the firm selected.
3) The city should receive estimates for the work to be done – for instance, the City should have had an estimate on the cost of the local option gas tax appeal.

Myers is one to something here.

From: Lysia Bowling
Sent: Friday, June 2, 2017 4:07 PM
To: City Council Only
Subject: June 5, 2017 Agenda Item No. 28 – Clarification Regarding Office of City Attorney and Financial Services Department Controls and Procedures for the Acquisition of Legal Services

To: Council President Spencer and Members of City Council

Re: Clarification Regarding Office of City Attorney and Financial Services Department Controls and Procedures for the Acquisition of Legal Services

I have reviewed Item No. 28 to be considered for City Council approval at the June 5, 2017 Agenda Conference which proposes an amendment to Section 3-3-2 of the City Code. I am providing the following information to assist City Council in consideration of this item.

At the June 2016 City Council meeting, the City’s Chief Financial Officer provided City Council with a summary of outside legal counsel costs for FY 2006-2015. Significantly, the specific controls and procedures jointly implemented by the Office of the City Attorney and the Financial Services Department were included in the presentation.

Since the third quarter of 2014, Quarterly Financial Reports have been presented by the City Chief Financial Officer to City Council which include a Schedule of Legal Costs. This schedule specifically sets forth the name of the attorney or law firm, the amount paid fiscal year to date, and the nature of legal services provided. Each Quarterly Financial Report is made available to the public on the City website.

· Outside legal services acquired through written contracts which require the nature and scope of services and rates to be specifically delineated in the contract.
· The City Attorney’s Office reviews and approves all invoices for outside legal services prior to payment by the Financial Services Department.
· A Schedule of Legal Costs listing each outside attorney name or law firm and the amount paid is included in the Chief Financial Officer’s Quarterly Financial Report to City Council and is publicly available on the City’s website.

Therefore, in light of the Legislative Action Summary, the foregoing states the facts as they relate to the current process and the roles of the Office of the City Attorney and Chief Financial Officer. To confirm, there is an established oversight process for procurement of outside legal services which regulates and administers specific controls and procedures for the acquisition of outside legal services. This process ensures control, accountability and greater transparency in expenditures of funds for outside legal services.