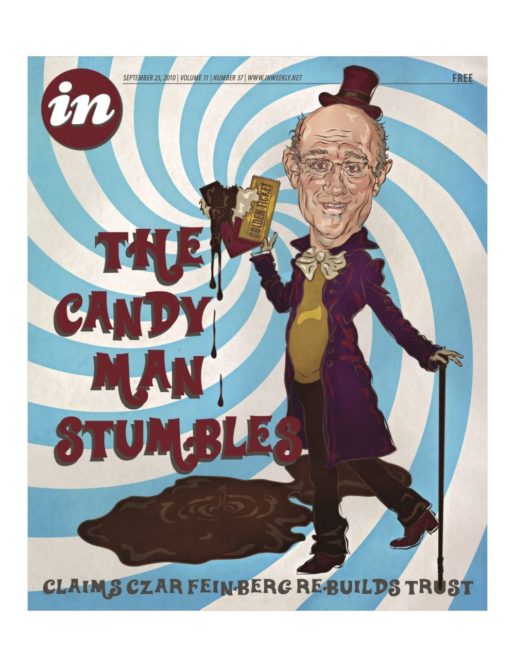 NEWS SERVICE OF FLORIDA HAS: FIVE QUESTIONS FOR KENNETH FEINBERG

Lawyer Ken Feinberg has been involved with some of the nation’s worst tragedies.

The Washington, D.C.-based attorney served as the special master for the September 11th Victim Compensation Fund, and as claims administrator of relief funds for victims of the Boston Marathon bombing; Aurora, Colo., movie theater mass shooting; and the Virginia Tech attack.

Feinberg is now lending his expertise to the city of Orlando, where he is consulting on the OneOrlando Fund — now totaling more than $6 million — established to aid victims and families of the June 12 massacre at Pulse nightclub, the worst mass shooting in the nation’s history. A gunman killed 49 people and wounded more than 50 others before he was killed by police.

Feinberg is no stranger to Florida disasters. He served as the claims czar for a $20 billion victim compensation fund set up by BP in response to the 2010 Deepwater Horizon oil spill.

In a recent telephone interview, Feinberg said that he will not get paid for his work — or travel expenses — associated with the Orlando compensation fund. The Orlando job “is strictly a public service that I’m offering at the request of the mayor of Orlando and others,” he said.

The News Service of Florida has five questions for Feinberg:

Q: Of all the tragic events that you’ve been involved with, which one was the most difficult for you personally?

FEINBERG: Clearly, my administration of the Sept. 11th Victim Compensation Fund. That one involved 3,000 dead as a result of traumatic horror. That will always be, I think, the most debilitating and stressful of all of these programs.

(Nothing we’ve ever seen had the magnitude of that event. Apart from that one, then?)
I would say the second, surprisingly, was the BP oil spill fund. That involved 1,200,000 claims from 50 states and 35 foreign countries. The sheer volume of the claims program made it extremely challenging.

FEINBERG: How much money do you have? That’s the key. Eligibility and allocation of financial resources are tied to the total amount of money available for distribution. The more money you have, the broader the definition of eligibility. And the more money you have, the easier it is to increase allocated amounts. You’re never going to have enough money for everybody. The question is, how do you define eligibility, based on total dollars. That’s the key.

(How would you do that? There is $6 million in that fund now. Should that money go to victims directly impacted by the shootings?)
What do you mean by “directly impacted”? It seems to me, with $6 million, you’re going to find eligible at least the families of the dead and those physically wounded and injured by the gunman. Now, if you’re going to have more money, maybe you find eligible people who were not physically injured, but were in the nightclub and are suffering mental trauma. If you have enough money, maybe businesses that are closed and have lost profit because they can’t open on that street. Maybe they recover. Maybe people working in those stores recover lost wages. It all depends how much money you have in determining who’s eligible.

Q: What’s the biggest hurdle in administering funds like these?

FEINBERG: That’s easy. The biggest hurdle in all of these funds is the emotional toll suffered by the victims and their families. The hard part, the most difficult part of what I do, is not signing or administering these programs. It’s dealing with the emotion that comes with individual survivors and their families and those physically injured, who meet me and vent about life’s unfairness and want to validate the memory of a lost loved one. That’s what’s really difficult. The emotion.

Q: Of all of your experiences, which do you think the Orlando Pulse nightclub shooting most resembles?

Q: You’ve been the administrator for several compensation funds for victims of mass shootings. What are your personal views on gun control?

FEINBERG: My personal view is there ought to be reasonable restrictions, but what those restrictions are, I leave to the experts. I don’t know.