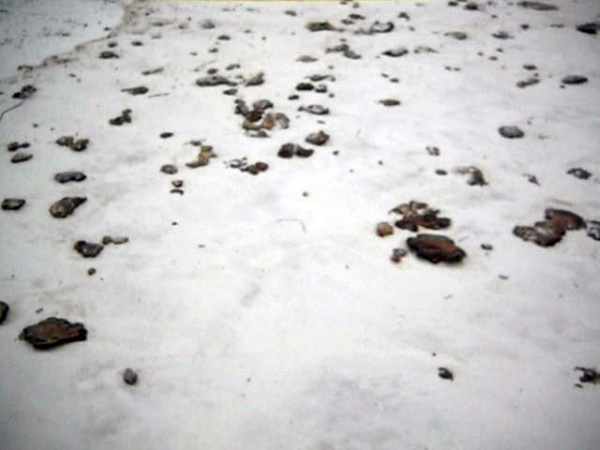 The subcontractors that are handling the clean-up on Pensacola Beach and Perdido Key are laying off Escambia County workers and replacing them with out-of-town workers from Texas, Massachusetts, Rhode Island and beyond. Three locals who have worked on area beaches since June and were recently laid off without notice visited the IN offices this morning.

They talked about how their entire crews were laid off, even though there is plenty of oil still to clean up. They were put on standby, only to see the out-of-town workers on their crews repositioned to other crews and duties. Many of the new workers have been transferred from clean-up crews in Venice, LA to Escambia County.

“It’s a buddy system,” said one of the fired workers. “The bosses and foremen are from out of town and they are taking care of their friends who came with them to our beaches.”

According to the laid off local, the new workers are falsifying their residency so that the subcontractor can claim they live in Escambia County. The workers are allegedly getting fake IDs and renting one apartment and letting several claim the apartment as their address, even though they live in hotels.

The locals also complained about the quality of work. “Those out-of-towners are deliberately prolonging the work. They are drinking and smoking weed and Spice on the job–in the vans and during lunch breaks.”

The subcontractor allegedly is not drug testing the new workers, according to the local workers. There have been several accidents -which require, under BP standards, drug tests of everyone in the vehicle. The subcontractor is simple firing the people and not doing the drug tests.

The out-of-town workers are more expensive. They get per diems and are paid $12.50/hr, while locals are paid $10/hr, according to the laid off worker.

“I was told it’s not always how hard you work, but who you know,” said one local. “You have to be gangsta or a buddy of one of the bosses.”

The workers also talked about sex discrimination and sexual harassment. According to them, one local female worker was injured and requested light duty. Instead she was fired because they told her that they had no light duty. However, later an out-of-town male was hurt and given work passing out water. Other females have allegedly been harassed by the male bosses and fellow workers.

According to the workers, the subcontractor has a policy of no fraternization between the workers and their bosses, but they know of at least one female that is living with her supervisor.

“There is so much corruption in the oil clean-up,” said one worker. “If you did a surprise drug test and had everyone pee in a cup, all the out-of-town workers would be fired. It’s that bad.”