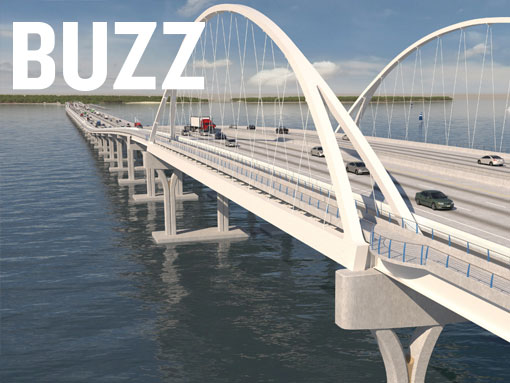 Senator Broxson stated, “General James is an American hero. He represents the true spirit of the Panhandle and our values. I look forward to presenting this bill to my colleagues in Tallahassee next session and sharing with them the story of ‘Chappie’ James.”

“I appreciate the hard work of the Escambia and Santa Rosa County Commissions,” said Senator Broxson. “As well as the cities of Gulf Breeze and Pensacola, and the members of the Pensacola Bay Bridge Naming Committee for their willingness to let voices from both sides of the bridge be heard in this process.”

Born and raised in Pensacola, Daniel “Chappie” James became one of the most decorated fighter pilots in U.S. Air Force history and the first African American to hold the rank of Four-Star General. Senator Broxson continued, “This new bridge will stand as a memorial to our native son, and a truly great American, General Daniel ‘Chappie’ James.”