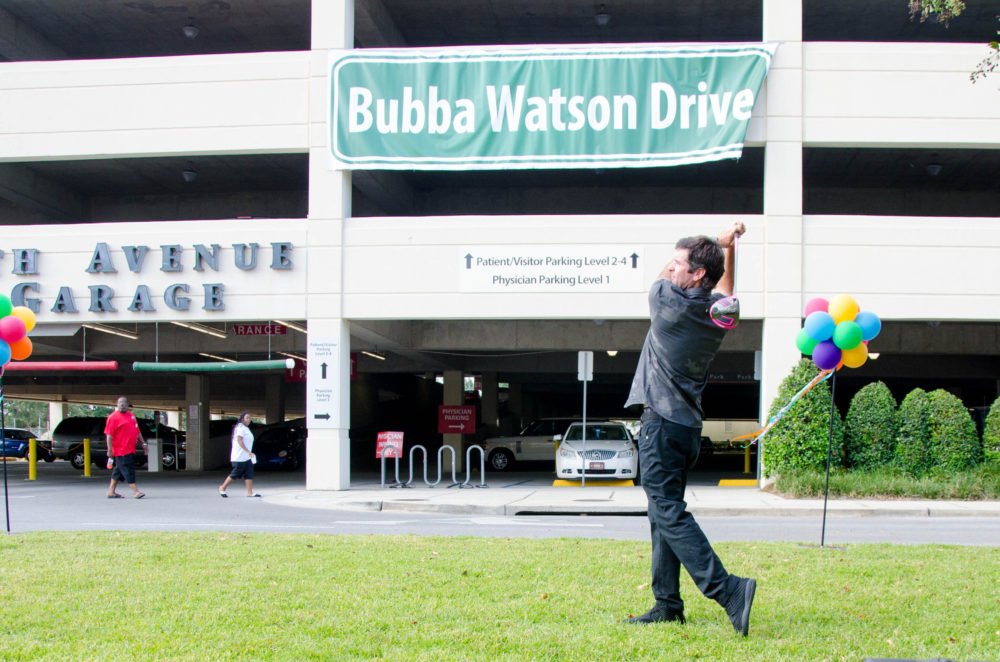 In September, Sacred Heart and the Watson family announced a $2.1 million donation to The Studer Family Children’s Hospital at Sacred Heart, specifically supporting construction of the new four-story children’s hospital on the Pensacola campus.

To recognize the ongoing support of the Watson family – who will serve as ambassadors for The Children’s Hospital – Sacred Heart named the entrance road to the new Children’s Hospital as Bubba Watson Drive. The City of Pensacola made the name change official in December.

“Bubba and Angie Watson have been generous friends and tireless advocates of The Children’s Hospital,” said Susan Davis, the president and CEO of Sacred Heart Health System. “Their amazing gift to our community will help to ensure that all sick or injured children in our region will have access to the best possible care. We are thrilled to recognize officially the dedication they’ve shown to our children and families.”

Sacred Heart has raised $21 million from community donors in support of the new children’s hospital, but an additional $15 million is needed in order to complete all phases of the expansion on time.

To make a donation in support of the new Studer Family Children’s Hospital at Sacred Heart, visit sacred-heart.org/foundation.