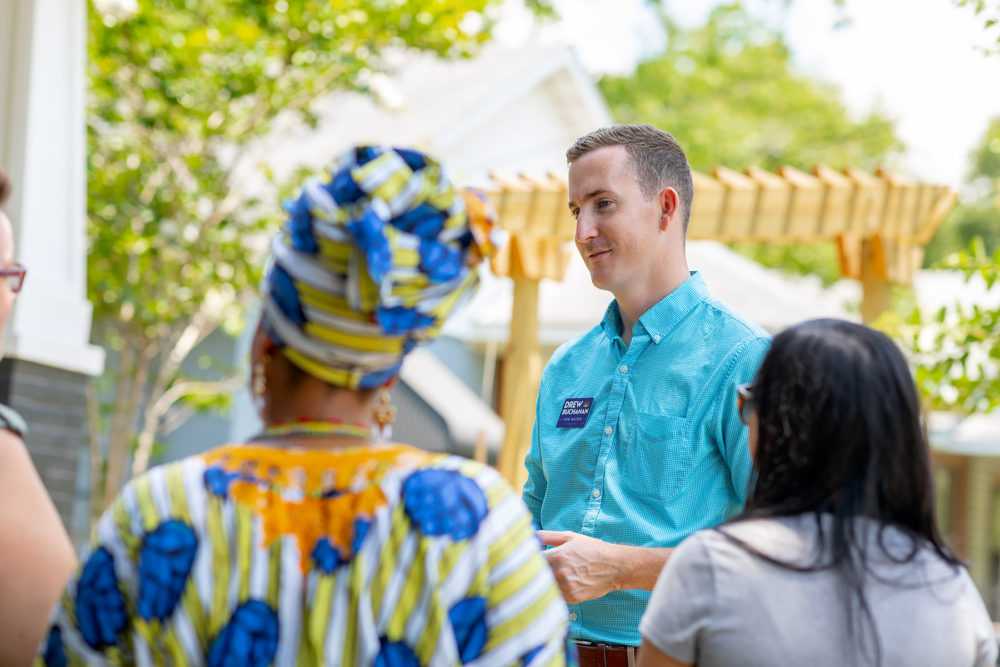 Pensacola mayoral candidate Drew Buchanan on Saturday unveiled the Thirty Mile Plan, a series of proposed improvements which would represent the largest expansion of bicycle and pedestrian infrastructure in the city’s history.

Buchanan announced the plan at Bike Pensacola’s mayoral candidate forum, where he was the only candidate to commit to taking action to improve bike and pedestrian safety within a specific timeframe.

“Pensacolians deserve leaders that can deliver more than empty promises,” Buchanan said. “For many in our city, biking or walking to work is their only way to provide for their families. Others simply want to be able to get around safely. Within the first three years of my term as mayor, we’ll add thirty miles of new bike lanes with striped buffers — filling in the gaps in Pensacola’s bike lane network and creating safer conditions for cyclists in every part of our city.”

Buchanan said he’ll work with county and state partners to ensure bike lane connectivity, regardless of city/county lines or which agency is responsible for a roadway.

Buchanan also pledged that as mayor, he would commit the city to Vision Zero, a plan to reduce traffic fatalities 20 percent by 2021 and to have zero deaths by 2025.

“Our streets must be safe for everyone that uses them,” said Buchanan. “Saving human lives must be our priority, so I am declaring safety to be the number one priority in designing and building our streets and sidewalks.”

After his announcement, Buchanan released a proposed route map for new protected bike lanes, which includes key thoroughfares such as Cervantes Street, Langley Avenue, 17th Avenue, and Bayfront Parkway. However, Buchanan stressed that a final map would be the product of broad community input.

“Public input is critical in this process,” Buchanan said. “As mayor, I’ll work with citizens, Bike Pensacola, and a reenergized Bike Advisory Committee at City Hall to finalize routes and put this plan into action.”

Buchanan noted that funding for some bike lanes has already been budgeted as part of planned projects. For those that aren’t, Local Option Sales Tax dollars would be utilized, Buchanan said. At an estimated cost of $8,000 to $16,000 per lane-mile, it would cost less than $1 million to implement 30 miles of new bike lanes with striped buffers. New lanes that are able to be striped during resurfacing or other road work would have a negligible cost.

Buchanan also announced that by 2020, bike racks will be added to all city-owned buildings and the city will work with private and non-profit partners to finally bring a bike share program to downtown Pensacola.

“A bike share system would provide new transportation options and quality of life benefits for residents and visitors alike, and it’s ridiculous that local officials haven’t gotten this done,” Buchanan said. “As soon as I take office, we will immediately begin taking the steps necessary to make Pensacola one of the most bicycle-friendly cities in the country.”

Note: Candidates, please send to your press announcements to info@inweekly.net.