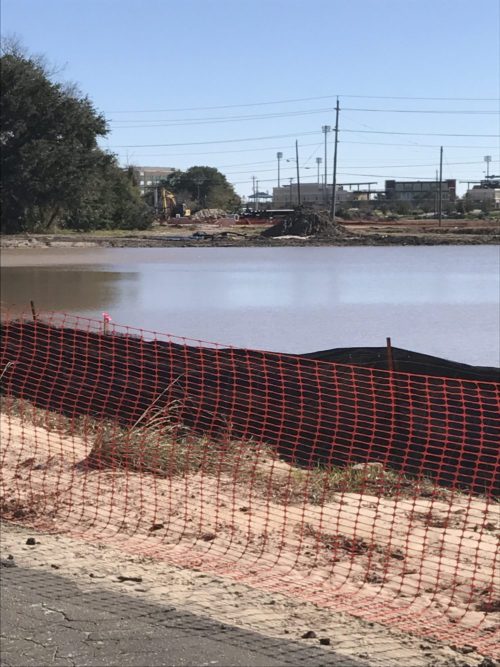 She said that while the orange construction fencing has been erected and the streets swept, there are several other violations that the City of Pensacola has yet to address.