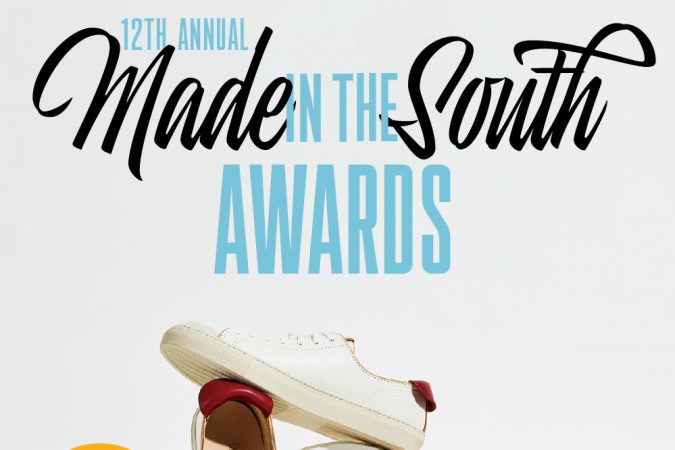 The official call for entries for Garden & Gun’s twelfth annual Made in the South Awards is open through July 1. The magazine is seeking Southern-made product entries in six categories: Food, Drink, Home, Style, Outdoors, and Crafts. The overall winner will receive a $10,000 cash prize and will be prominently featured alongside the other category winners and runners-up in the magazine’s December 2021/January 2022 issue.

Garden & Gun created the Made in the South Awards in 2010 to celebrate and encourage Southern craftsmanship, and to recognize the best available Southern-made products—a spotlight we consider more important than ever.

“The Made in the South Awards are always rewarding for entire team, but this year, with the end of the pandemic in sight, we’ve never been more excited to celebrate and support small business owners and entrepreneurs across the region,” says David DiBenedetto, senior vice president and editor in chief of Garden & Gun. “We can’t wait to discover a new crop of talented artisans, craftsmen, chefs, designers, and tastemakers.”

The 2021 Made in the South Awards judges are:
· Andrew Zimmern (Minneapolis, MN), with four James Beard Awards as well as an Emmy, Zimmern has built a reputation as a television personality, chef, writer, teacher, and social justice advocate. In 2020, he returned to television with What’s Eating America on MSNBC, and later this year, he will premiere Family Dinner on Magnolia Network. (FOOD)

· Tiffanie Barriere (Atlanta, GA), also known as the Drinking Coach, Barriere, who grew up in Louisiana and Texas and is a graduate of the prestigious BarSmarts program, spent seven years as the beverage director of Atlanta’s acclaimed One Flew South. Since then, she has branched out on her own as an independent bartender and innovative industry leader, hosting pop-up dinners and mixology classes across the country. (DRINK)

· Rae and David Liu (Dallas, TX), siblings as well as business partners, David and Rae Liu returned home to Dallas (leaving behind successful careers with Google and Alexander Wang, respectively) to found Leatherology, a direct-to-consumer brand of beautifully crafted, customizable leather accessories for men and women built on the premise of providing luxury at an affordable price. (STYLE)

· T. Edward Nickens (Raleigh, NC), an expert sportsman and the author of a handful of outdoor guides, including The Total Outdoorsman Manual and a new book out this spring: The Last Wild Road, a collection of essays on adventure and the sporting life. This year marks his eleventh appearance as a Made in the South Awards judge. (OUTDOORS)

· Jonathan Morris (Fort Worth, TX), entrepreneur and owner of Fort Worth Barber Shop and cofounder of Memo Hospitality Group, is headed for the small screen with a new show, Self Employed, which premieres July 15 on Magnolia Network and highlights creative small businesses and makers. (CRAFTS)

All Southern artisans or businesses with a product in one of the six categories (Food, Drink, Home, Style, Outdoors, and Crafts) that will be available for sale through January 2022 may apply. For entry forms, category descriptions, and rules, visit madeinthesouthawards.com.

The entry fee is being offered at a discount rate of $50 until May 31, but entries will be accepted until midnight ET on July 1, 2021. Winners will be publicly announced in the December 2021/January 2022 issue of Garden & Gun, which will hit newsstands in November 2021.